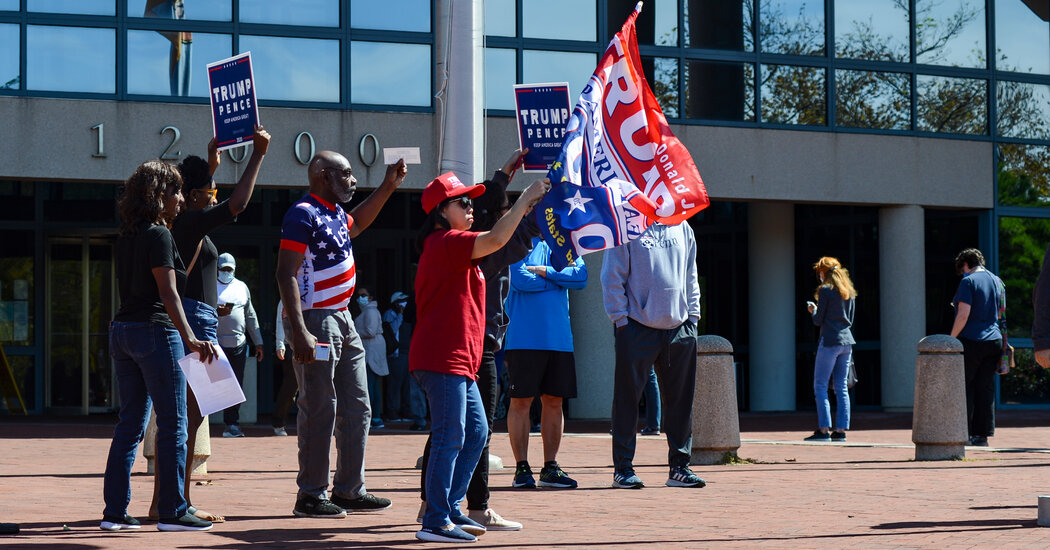 Five battleground states in the presidential election have no laws prohibiting people from carrying guns into or near polling places, according to a study released Wednesday by two gun control organizations.

The study by the Coalition to Stop Gun Violence, one of the country’s oldest gun control organizations, and Guns Down America, a group on the fringe of the gun-control movement that advocates reducing the number of guns in circulation, examined polling place laws in Michigan, North Carolina, Pennsylvania, Virginia and Wisconsin.

The question of safety at polling places took on new urgency on Saturday, when a group of President Trump’s supporters disrupted a line outside an early voting center in Fairfax, Va., creating a situation in which some voters and poll workers felt intimidated.

The new study found that some of the states have laws or municipal ordinances forbidding guns in the types of facilities that often serve as polling places — schools, churches and sports arenas. But as was the case last weekend in Virginia, large numbers of voters waiting outside voting sites render laws governing actions within a certain distance of the entrance of a polling place useless if the lines stretch far from the front doors.

The study found that local governments in North Carolina and Virginia have broad powers to enact prohibitions on bringing guns to polling places, while Pennsylvania and Wisconsin have state laws that pre-empt such local laws governing firearms.