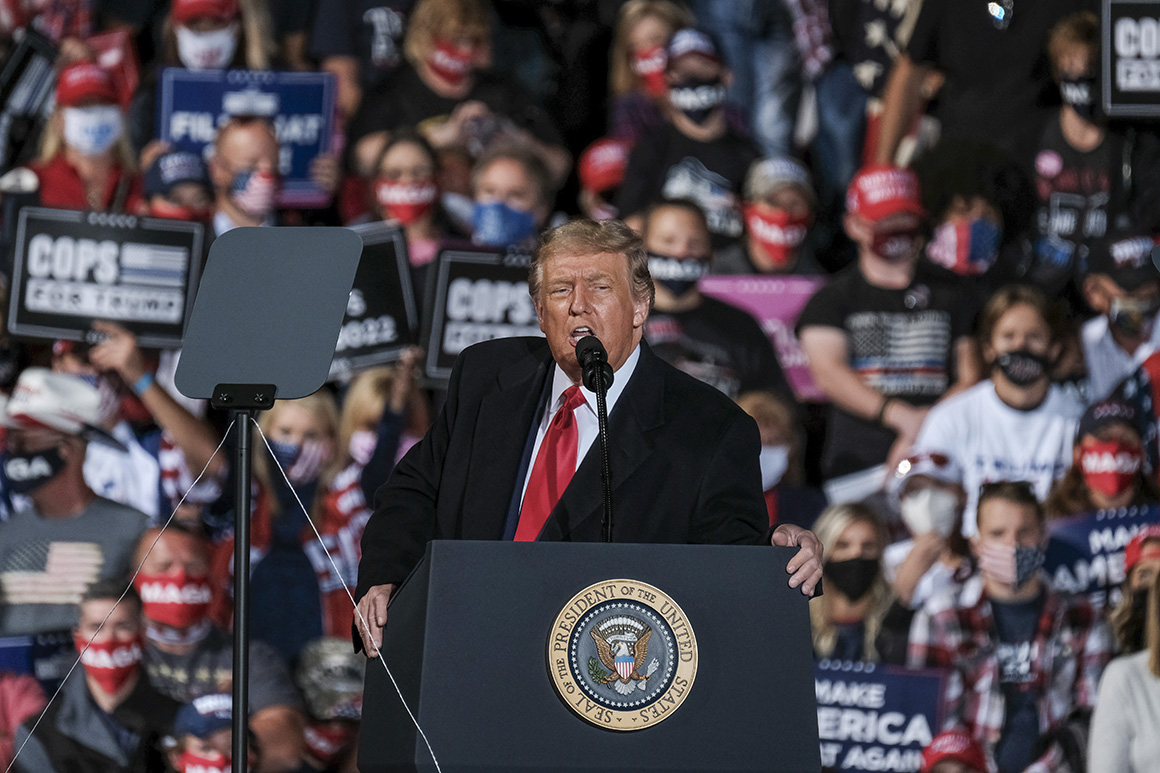 The president’s latest remarks contradict the more dire assessments he told The Washington Post’s Bob Woodward in a series of taped interviews conducted earlier this year for the veteran journalist’s latest book on the Trump White House.

In that same interview — recorded at a time when the White House was still publicly dismissive of the coronavirus’ risk to Americans — Trump also said that he “wanted to always play … down” the virus and acknowledged: “I still like playing it down.”

The president and White House officials have insisted that he was merely trying to project calm in the pandemic’s early days, and Trump said in an ABC News town hall last week that he actually “up-played” the coronavirus “in terms of action.”

More than 6.8 million Americans have become infected with Covid-19 as of Tuesday morning, according to a Johns Hopkins University tracker, and more than 199,000 have died.