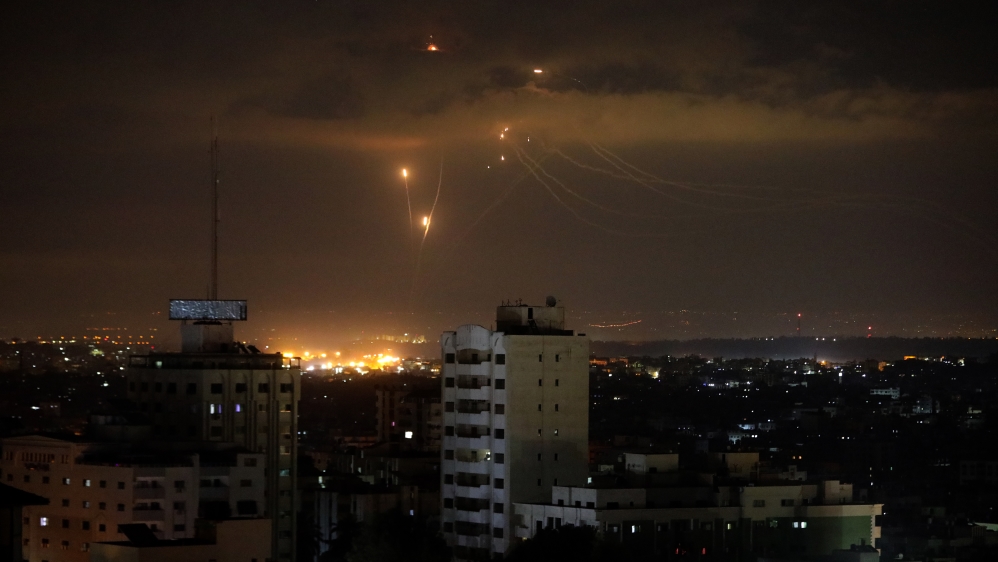 Israeli tanks shelled Hamas positions early on Saturday, hours after it said a rocket was launched at southern Israel.

A statement from the military said the Israeli “tanks targeted Hamas military posts in the southern Gaza Strip” in response to Friday’s fire.

The rocket, which set off sirens in southern Israel, was intercepted by air defences without causing any casualties or damage, it said.

Israel has bombed Gaza almost daily since August 6 in response to the launch of balloons fitted with firebombs, or, less frequently, rockets.

It also suspended fuel shipments and closed its border crossings with the Gaza Strip last week in response to the attacks, resulting in the only power plant in the Gaza Strip being shut down for lack of fuel.

It also restricted the fishery zone on Gaza’s coast.

The Gaza Strip has a population of two million, more than half of whom live in poverty, according to the World Bank.

The Palestinian territory has been under a devastating Israeli blockade since 2007.

An Egyptian delegation was trying to broker a return to an informal truce.

Egypt has acted to calm repeated flare-ups in recent years to prevent any repetition of the three wars Israel and Hamas have fought since 2008.

Israel captured Gaza from Egypt in the 1967 Six-Day War, but unilaterally pulled out its army and evacuated its settlements in 2005.

Israel, however, continues to control much of Gaza’s borders, with the rest under Egyptian control.