Isolated Ballot Errors Do Not Equal a ‘Rigged Election’ 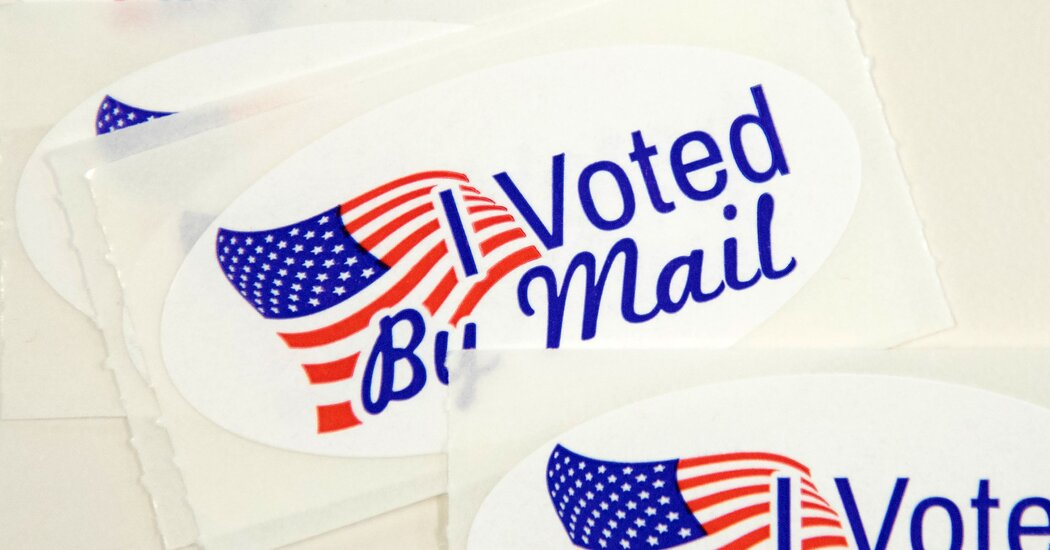 President Trump introduced a new element into his assault on voting by mail, twice promoting Twitter posts on Thursday that seemed to raise questions about whether members of the military could count on receiving their ballots.

In continuing his monthslong assault on mail-in ballots, he also pointed to mistakes affecting fewer than 1,000 ballots in Michigan and North Carolina as evidence of his baseless claims of a “rigged election.”

Ballot printing and mailing errors are nothing new, and have affected Republican and Democratic candidates alike. In the 2016 presidential election, for example, an Arkansas county misspelled Hillary Clinton’s name as “Hilliary,” which officials said was a typo they did not have time to correct before Election Day.

But such errors do not equate to “a rigged election,” as Mr. Trump put it, and there is no evidence that members of the military are being targeted to receive faulty ballots or that they will not receive them on time.

In Michigan, more than 400 military and overseas ballots that incorrectly listed a Libertarian candidate as Mr. Trump’s running mate were downloaded from a state database on Tuesday, The Detroit News reported. For context, Michigan has issued some 45,000 absentee ballots of more than 500,000 ballots requested.

The issue occurred for about two hours on Tuesday, and the state sent instructions to local election officials alerting them of the error and how to fix it. A spokeswoman for the Michigan secretary of state said it was unclear how many ballots were mailed out to voters, but the state would still accept any incorrect ballots that were returned.

There is no evidence that the issue was widespread or that Jocelyn Benson, the Democratic secretary of state, “purposely” listed the wrong running mate, as Mr. Trump and others have suggested on social media. Ms. Benson said on Twitter that the error occurred because of “an unintended computer glitch that was caught & quickly corrected.”

In Mecklenburg County, N.C., fewer than 500 voters accidentally received two ballots, according to The News and Observer. The county had received more than 116,000 absentee ballot requests as of Thursday, out of more than 863,000 statewide. Election officials said the mistake was unlikely to lead to double voting, as the ballots contained specific codes for each individual voter.