Inside the Nail-biting Quest to Find the ‘Loneliest Whale’ 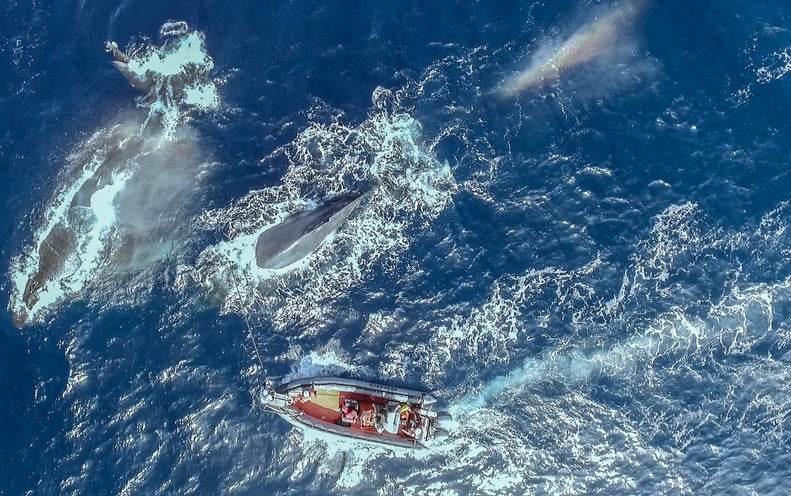 It’s a tale of sound; the song of a solitary whale that vocalizes at a unique frequency, 52 Hertz, that no other whale—as the story goes—can seemingly understand.

It’s also a tale about science, and ocean life, laced with fantasy, mystery and mostly shrouded in darkness.

The whale, of unknown species and nicknamed ‘52’, was originally discovered in 1989 and has been intermittently tracked by scientists ever since. Its solitary nature baffled marine researchers. And its very existence captured the attention and hearts of millions of people.

But as 52 roams the ocean’s depths, a lot about its nature is still up in the air.

No one has ever seen it in the flesh.

Scientists have determined that it’s a male, large, possibly a hybrid, and speculated that its unique song—too low in frequency for humans, too high for whales—might be a result of a malformation.

Scientific American sat down with Josh Zeman, an award-winning filmmaker who created a documentary about 52, to talk not just about his impressive cinematic quest (and it is impressive and beautifully shot) but also the science and academic collaborations that fueled it.

The documentary—written and directed by Zeman and executive produced by actors Leonardo DiCaprio and Adrian Grenier—is inspired by the findings of the late bioacoustics scientist William Watkins. It’s propelled by passion and curiosity, and relies on underwater acoustics to track 52 through the sound-rich and noise-heavy environment of the ocean.

A departure for Zeman in terms of genre choice, the film still exudes an air of mystery and sleuthing reminiscent of whodunits, and unfolds like a classic true-crime story, which Zeman, an investigative reporter, and a true-crime documentarian, is originally famous for.

Then again, when Zeman started making the movie, the whale was MIA and has been silent for years. In essence, Zeman re-opened a cold case to—in his own words—“set the record straight” and “bring the audience into the world of the whale.”

With the help of marine scientists, he followed streams of whale songs, and other breadcrumbs in the form of auditory clues, listening in, analyzing, tracking, slowly and persistently narrowing down the circle around 52. He found him, lost him, found him again until eventually, he made an unexpected revelation about him.

It may not be the closure Zeman expected to give to his audiences. But it’s definitely a fresh chapter in this evolving tale.

Zeman says he is hopeful that other storytellers will take up the mantle and continue to unearth more facts about 52.

“What a more beautiful gift can you give than to say, ‘actually, there’s another chapter.’ And then 20 years later, somebody else comes in and adds their chapter,” he says. “That’s what storytelling is.”