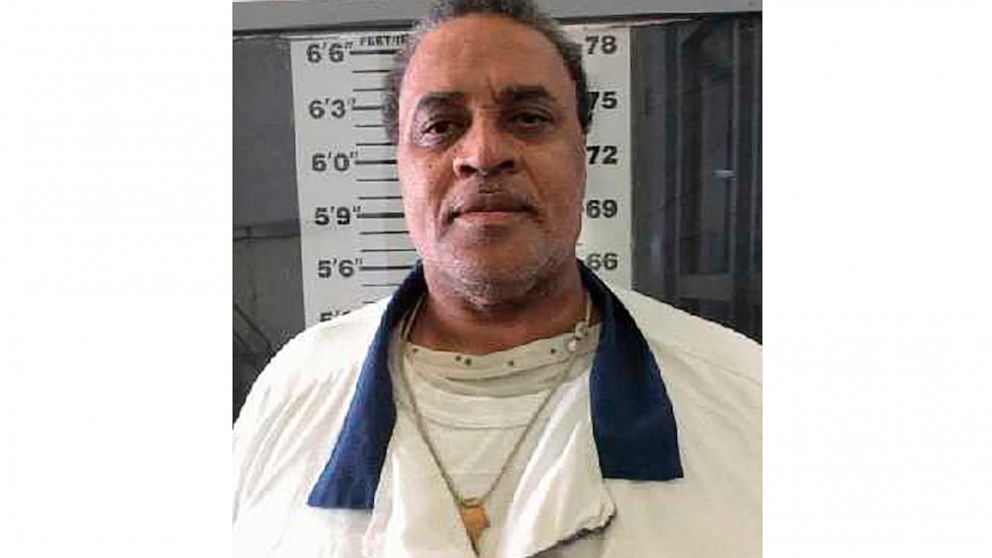 CUSSETA, Ga. — In a case that went unsolved for four decades, a grand jury in Georgia indicted an inmate on murder charges in the 1982 killing of a young Army soldier found fatally shot by a roadside weeks after she was last seen leaving her barracks.

Authorities announced that a grand jury in rural Chattahoochee County near the Georgia-Alabama line indicted 64-year-old Marcellus McCluster, already serving a life sentence for murder in an unrelated case, in the slaying of Rene Dawn Blackmore 40 years ago.

The 20-year-old woman was an Army private stationed at Fort Benning when she vanished in April 1982. Her wallet and sweater were discovered almost a month later beside a road near Cusseta, a few miles from the Army post.

A second month passed before Blackmore’s body was found off a logging road a few miles away. Investigators determined she had been killed by a shotgun blast.

Georgia Bureau of Investigation Director Vic Reynolds told a news conference Thursday that McCluster had been indicted March 28. He is scheduled to be arraigned in a Chattahoochee County court April 25, the Ledger-Enquirer of Columbus reported.

Blackmore’s mother, Donna Reitman, said in a statement that her daughter was a “focused young woman” who “loved laughing and having fun with friends.”

“I have lived these 40 years always feeling the pain her absence causes,” Reitman said. “And believing no one outside of her family and friends even cared. It is with a grateful heart that on March 28, 2022, this belief was shown to be untrue.”

McCluster is charged with felony murder and malice murder in Blackmore’s death. He’s already serving a life sentence for a murder conviction stemming from an unrelated 1983 slaying in Stewart County. It was not immediately known if McCluster had an attorney representing him.

Reynolds said GBI agents and Army criminal investigators had identified McCluster as a possible suspect within a year after Blackmore was killed, but the initial case stalled.

The investigation gained new life in 2020 after the GBI formed a cold case unit made up of retired agents. Blackmore’s killing became the focus of the new unit’s initial efforts, Reynolds said.

Jennings White was the original GBI agent assigned to Blackmore’s death and he assisted the cold case unit’s investigation. He said he never forgot about Blackmore and knew her killing could be solved.

“I’m just so glad that I’m able to see the whole thing turn around,” White said.

This story has been corrected to show the Georgia Bureau of Investigation news conference was Thursday, not Monday.