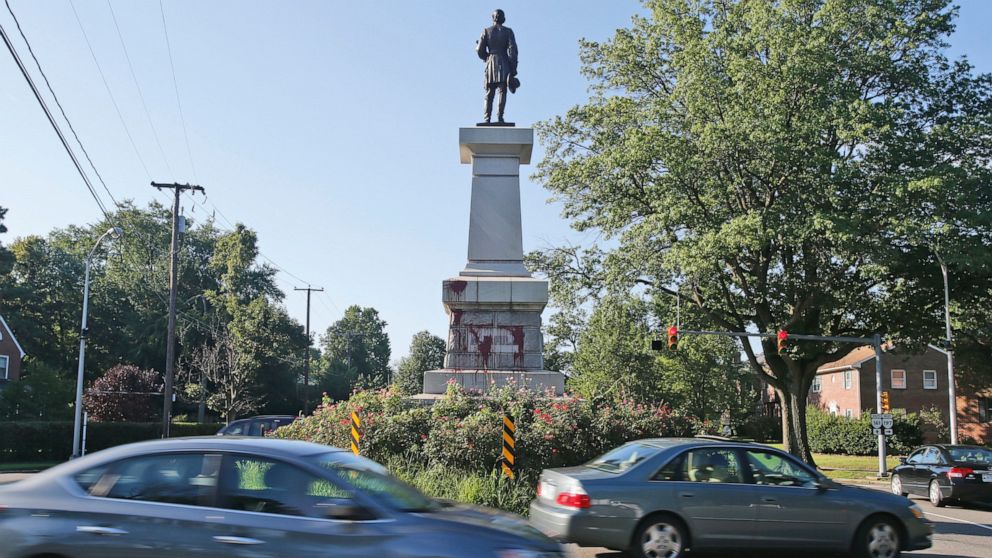 RICHMOND, Va. — The Virginia Supreme Court has tossed out an injunction handed down by a Richmond judge that barred officials from removing the only remaining Confederate monument owned by the city.

Stoney appealed the decision, and the Supreme Court ruled in his favor on Wednesday. The decision could clear the way for the removal of the city-controlled statue of Confederate Gen. A.P. Hill, who is buried at the site.

An enormous statue of Confederate Gen. Robert E. Lee still stands in the city amid a separate legal battle that is headed to trial. The famous Lee statue is on land owned by the state of Virginia. Its concrete pedestal is now covered in graffiti as the result of protesters denouncing the police and demanding an end to systemic racism and inequality.

On Wednesday, the Supreme Court cited a provision in state law that took effect July 1, which grants localities control over their Confederate icons. It allows only the city attorney of a locality to file a legal challenge pertaining to war memorials. The amended state law effectively barred the anonymous plaintiff from asking a court to step in, the order said.

James B. Thomas, a lawyer representing the plaintiff, could not be reached immediately by the newspaper for comment on Wednesday, and neither could he be reached on Thursday.