Indicted. Under F.B.I. Investigation. And Still Popular With Texas Republicans. 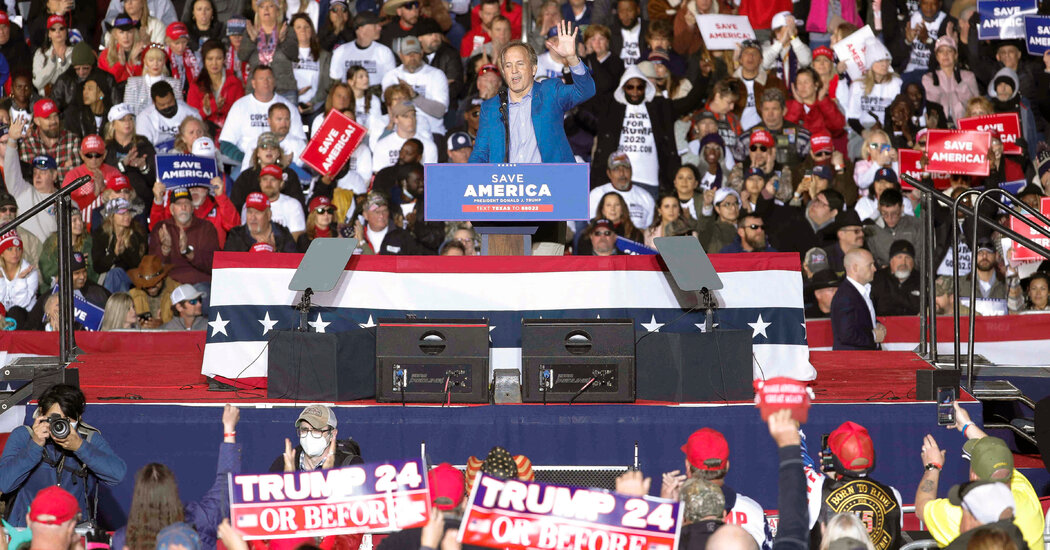 There have been signals that Mr. Paxton’s litany of controversies has tested the limits of Texas Republicans’ patience with him. Representative Chip Roy, a conservative who used to work for Mr. Paxton, called for his resignation in 2020. Along with Mr. Bush, Mr. Paxton’s primary challengers included Representative Louie Gohmert, who gave up a safe East Texas congressional seat to run against him, and Eva Guzman, who resigned from the Texas Supreme Court to challenge him in the primary.

During his campaign, Mr. Gohmert predicted Mr. Paxton would face a new federal indictment after winning the Republican nomination and lose the general election to a Democrat. If Mr. Paxton indeed wins the nomination but is defeated in November, it would be a devastating first for Republicans: No Democrat has won any statewide office in Texas since 1994.

In the Democratic primary for attorney general, Rochelle Garza, a South Texas civil rights lawyer, garnered the most votes and is headed for a runoff. Her Democratic opponent remained unclear. The third-place vote-getter, Lee Merritt, a civil rights lawyer, said in a statement he was not ready to concede to the second-place candidate, Joe Jaworski, a former mayor of Galveston, because military and other ballots were still being counted. Ms. Garza said she was confident the attorney general’s office could be flipped from red to blue. In 2018, Mr. Paxton won re-election by narrowly defeating his opponent, Justin Nelson, by 3.56 percentage points.

Mr. Paxton has brushed off any suggestion of a Democratic victory in the fall. “In this country, allegations don’t convict you,” he said in the Lubbock radio interview.

Mr. Paxton’s aides said Texas Republicans don’t care about the allegations and controversies surrounding his office. They claimed credit for attacking Mr. Gohmert and Ms. Guzman in order to allow Mr. Bush to advance to the runoff. After the Paxton campaign attacked Ms. Guzman in television advertisements in the closing days before the primary, she dropped from winning 21 percent of the vote during the early-voting period to just 14 percent of the vote on Tuesday.

“These ads clearly cost Eva a spot in the runoff,” Dick Weekley, the senior chairman of the mainstream Republican group Texans for Lawsuit Reform, which endorsed Ms. Guzman, wrote in an email to supporters after the primary.

Both Mr. Paxton and Mr. Bush are certain to continue to pitch themselves as the true steward for Trump supporters among Texas Republicans.