In the Most Litigated Election Ever, Early Democratic Wins but Few Clear Signals 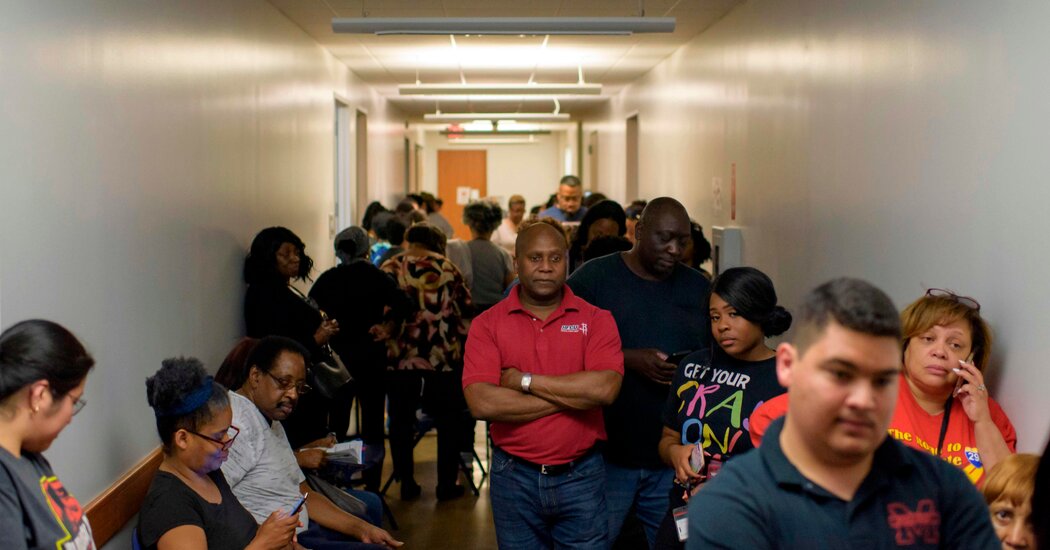 WASHINGTON — Ahead of an election that seems certain to have the most litigated voting rules ever, Democrats won important cases over the past week in the critical states of Michigan, Wisconsin and Pennsylvania.

But appearances can be fleeting. Even with only six weeks of campaigning left, experts say some of the most pivotal rulings are yet to come. And what may look like convincing legal victories may be overturned on appeal.

“Voting rights victories are the best outcome, but only if they last until the election,” said Nathaniel Persily, a Stanford University political scientist and the co-director of the Stanford-M.I.T. Healthy Elections Project.

That project tracks more than 300 legal battles over voting, involving issues like absentee ballots and assistance to voters that are broadly related to the coronavirus pandemic. But there are dozens more, over questions like placing third-party candidates on the fall ballot, whose rulings could also prove crucial in state or national races in November.

Rulings in four cases this week appeared to boost Democratic fortunes in states where key state or presidential contests are close, or becoming close.

In Michigan, state courts overturned a ban on paying to transport voters to polling places and, more significant, greatly extended the period during which late-arriving mail ballots could be legally counted.

In Pennsylvania, the State Supreme Court rejected a Republican Party effort to limit the counting of late ballots and bar absentee voters from using drop boxes to send in their votes. Separately, the same court also barred Green Party candidates from the fall ballot for failing to follow nomination rules, allaying Democratic fears that a third-party bid could siphon votes from Joseph R. Biden Jr.’s campaign in one of the most contested presidential battlegrounds.

In Texas, a state appeals court refused a request by Attorney General Ken Paxton, a Republican, to stop the mailing of absentee ballot applications to some 2.4 million registered voters in heavily Democratic Harris County, home to Houston.

And in Wisconsin, the State Supreme Court rejected an effort bankrolled by a conservative donor to place the Green Party on the state’s November ballot. The Republican-dominated court said the party waited too long to challenge a decision excluding it because of an address error in its filing.

A ruling in favor of the Green Party would have required reprinting hundreds of thousands of ballots, and some ballots already sent to voters would have been invalid, escalating the confusion for voters planning to cast their ballot by mail. The risk to Democrats if the state’s voting by mail is thrown into chaos is stark: According to a Marquette University poll, 18 percent of Wisconsin Republicans say they will vote absentee; among Democrats, roughly 47 percent say they plan to vote by mail.

Republicans have not been without victories. Most recently, the U.S. Court of Appeals for the 11th Circuit sided with Florida’s Republican governor and Legislature last week in effectively barring hundreds of thousands of former felons from voting in November. That would have been a historic expansion of Florida’s voting rolls.

The Republican National Committee and the Trump presidential campaign have frequently opposed Mr. Elias and voting rights advocacy groups in court, and say they will spend $20 million or more contesting those groups’ election lawsuits this year.

The Republican organizations argue that Democrats are trying to relax voting rules to make it easier to cast bogus Democratic votes. So far, that argument has not been persuasive, said Richard L. Hasen, an election law scholar and law professor at the University of California, Irvine.

Republicans have offered two arguments against making voting easier, he said — that relaxing rules violates state law, and that it violates the Constitution by promoting fraud, which dilutes the value of legitimate votes.

The fraud argument “has fallen flat in the courts so far,” he said, “because the Trump campaign has not been able to produce evidence to support that claim.” Republican lawyers were unable to document systemic fraud risks in hundreds of pages of documents submitted to a federal judge in a Pennsylvania lawsuit. A federal judge in Chicago ruled last month that Republican arguments that expanded absentee voting would abet fraud were “conjecture.”

But legal decisions often depend on who decides. The argument is likely to be tested again in the Michigan and Pennsylvania cases won by Democratic lawyers. The Michigan ruling, by a lower court, can be appealed in a state where the Supreme Court leans Republican. In Pennsylvania, a federal district judge nominated in 2019 by President Trump is expected to soon hear a Republican challenge to expanded mail balloting, based on the threat of fraud, that parallels the one rejected by the State Supreme Court this week.

That Pennsylvania case, with potentially crucial ramifications for mail-in voting, could race through the appeals process and to the Supreme Court in a matter of weeks, Dr. Hasen said.

The Michigan and Pennsylvania cases, he said, are typical of the biggest advances by Democrats and voting rights advocates — lawsuits in battleground states that seek to liberalize the rules for collecting and counting absentee ballots.

Winning a longer period for counting late-arriving mail ballots — which are being disproportionately sought by Democrats — could prove crucial in states like Michigan and Pennsylvania, which Mr. Trump won by barely 44,000 votes in 2016. In Pennsylvania’s presidential primary election in June, more than 37,000 mail ballots were rejected for a variety of reasons; the volume of mail ballots will be far higher in November.

The prospect of losing votes to third-party candidates, on the other hand, is seen by Democrats as a far smaller worry than four years ago. In 2016, the Green Party presidential candidate, Jill Stein, was branded a spoiler in Wisconsin: Her 31,072 votes in the state were more than the 22,748 that separated Hillary Clinton and Mr. Trump. (Gary Johnson, the Libertarian candidate, received 106,674 votes in Wisconsin.)

This year, however, left-leaning Democrats have lined up behind Mr. Biden. Not having the Green Party on the ballot “changes the win number, but not by much,” said Joe Zepecki, a Democratic strategist in Wisconsin.

The same is true of Pennsylvania’s decision to keep the Green Party off the ballot, said Paul Begala, a Democratic strategist, who noted that Ms. Stein got almost 50,000 votes in Pennsylvania in 2016. “Let’s say with this lawsuit, apparently she drops to 0,” he said. “That’s good for Joe. That’s good for Joe.”

Dr. Persily, of the Healthy Elections Project, acknowledged that the political stakes in the legal battles were high. But just as important, he said, is settling the cases in time to give campaigns and election officials a clear set of rules to abide by.

“Any case that can be brought by now should be brought,” he said. “The highest courts in the states need to escalate these cases as quickly as possible, and get resolutions.”