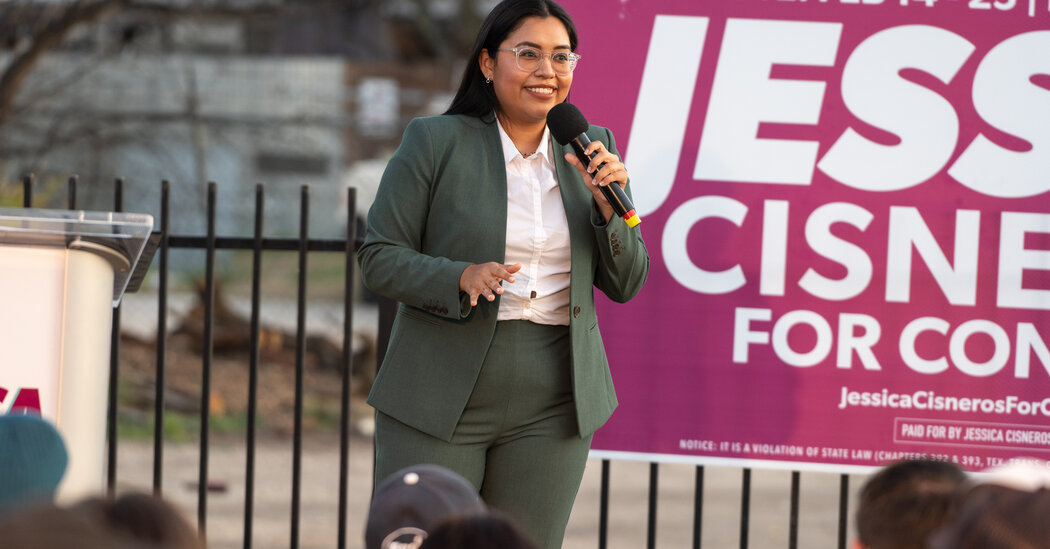 And a newly drawn, heavily Republican district south of Houston will send to Congress Wesley Hunt, an Army veteran with degrees from West Point and Cornell, and the backing of Representative Kevin McCarthy of California, the House Republican leader who aspires to be speaker. Mr. Hunt will fortify the House Republicans’ small but growing number of Black members.

Representative Dan Crenshaw won three quarters of the vote in his redrawn district in the suburbs of Houston, despite far-right opposition. Mr. Crenshaw, an outspoken conservative, had nonetheless drawn a right-wing challenger, Jameson Ellis, after Mr. Crenshaw denounced the lie that the 2020 election was stolen from former President Donald J. Trump. Mr. Ellis tried to label Mr. Crenshaw, a combat veteran who lost an eye in Afghanistan, a “Republican in name only,” or RINO, but mustered only about 15 percent of the vote.

In Texas’ third district, north of Dallas, Representative Van Taylor remained at risk of being forced into a runoff by challengers on his right flank early Wednesday. Those opponents castigated him for his vote to create an independent commission to examine the Jan. 6, 2021, attack on the Capitol.

For Democrats, a victory by Ms. Cisneros would have real repercussions.

Mr. Cuellar, perhaps the last remaining House Democrat who opposes abortion, has run to the right of his party on immigration and border security. But rather than run the issues-focused campaign she ran in 2020, Ms. Cisneros struck a narrative that after 17 years in Washington, the incumbent had become corrupt and captive to special interests, losing touch with the poor community that she personified. Her story was bolstered in January when the F.B.I. launched a still-unexplained raid on Mr. Cuellar’s campaign headquarters and Laredo home.

The 28th district shocked both parties in 2020 when it swung dramatically toward Mr. Trump. Hillary Clinton won heavily Latino Zapata County in the district’s south by more than 30 points in 2016. Then it went to Mr. Trump by about five points. Ms. Clinton’s 60-point margin in Starr County, which is 96 percent Latino, shriveled to a five-point advantage for Joseph R. Biden Jr. in 2020.

Ms. Cisneros has said the Trump swing was an indication that South Texas voters were open to an outside voice after so many years with Mr. Cuellar’s machine. But with a young liberal as the potential Democratic nominee, Republicans would no doubt make a play for the district in November.

Republicans were also facing a runoff to decide their standard-bearer in the district, but the top vote-getter on Tuesday, Cassy Garcia, was considered one of the best candidates available to face Ms. Cisneros. She was the deputy state director for Senator Ted Cruz, Republican of Texas, and a regional field representative for the Texas agriculture commissioner.