In India, top US diplomat calls China ‘elephant in the room’ 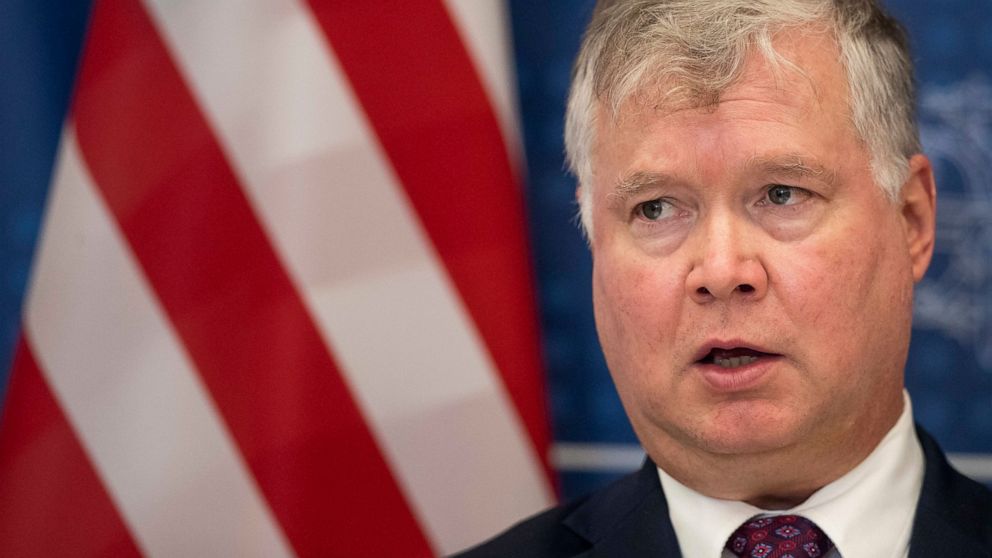 A top U.S. envoy speaking in New Delhi has called China “an elephant in the room” and said Washington is keen to advance India’s interests in the Indo-Pacific region

NEW DELHI — A top U.S. envoy speaking in New Delhi has called China “an elephant in the room” and said Washington is keen to advance India’s interests across the Indo-Pacific region.

Deputy Secretary of State Stephen Biegun said the U.S. was exploring ways to empower India without altering what he called New Delhi’s “strong and proud tradition of strategic autonomy.”

Biegun spoke Monday in New Delhi at the opening session of the India-U.S. Forum as his three-day visit to India kicked off.

“India has a strong and proud tradition of strategic autonomy, and we respect that. We do not seek to change India’s traditions,” he said. “Rather we want to explore how to empower them and India’s ability to defend its own sovereignty and democracy and to advance Indian interests, across the Indo-Pacific region.”

Biegun’s visit follows a meeting last week between U.S. Secretary of State Mike Pompeo and his counterparts from India, Japan and Australia in Tokyo, who together make up the four Indo-Pacific nations known as the Quad. The Quad is seen as a counterweight to China, who critics say is flexing its military muscle in the South China Sea, East China Sea, Taiwan Strait and along its northern border with India. Beijing also faces criticism over its handling of the initial outbreak of the coronavirus as well as its human rights.

Pompeo, whose nation is locked in a trade war with Beijing, had said China’s increasingly assertive actions across the region make it more critical than ever for the Quad to cooperate and protect their partners and people from Chinese “exploitation, corruption and coercion.”

Biegun’s New Delhi visit follows a recent flareup in military tensions between China and India over their disputed mountainous border in the Ladakh region.

China routinely denies criticism of its human rights record as well as its handling of the virus. It says concern over its military is unfounded and counters by saying the U.S. is the biggest impediment to peace in places like the South China Sea.

“But there is more that we can do, including strengthening India’s ability to defend itself and by promoting interoperability among our militaries,” he said.

Biegun cautioned about the rise of China in the region.

“Of course, as we advance in this direction, there is an elephant in the room: China,” he said.

Biegun said that the partnership between the four Quad countries is driven by “shared interests, not binding obligations, and is not intended to be an exclusive grouping.”

“Any country that seeks a free and open Indo-Pacific and is willing to take steps to ensure that, should be welcome to work with us,” he said.

Biegun is expected to lay the groundwork for the “2+2” dialogue during his visit to India between Pompeo and U.S. Defense Secretary Mark Esper and their Indian counterparts External Affairs Minister Subrahmanyam Jaishankar and Defense Minister Rajnath Singh later this month.