In Impasse Over New Covid Relief Aid, Neither Side Is Willing to Bend 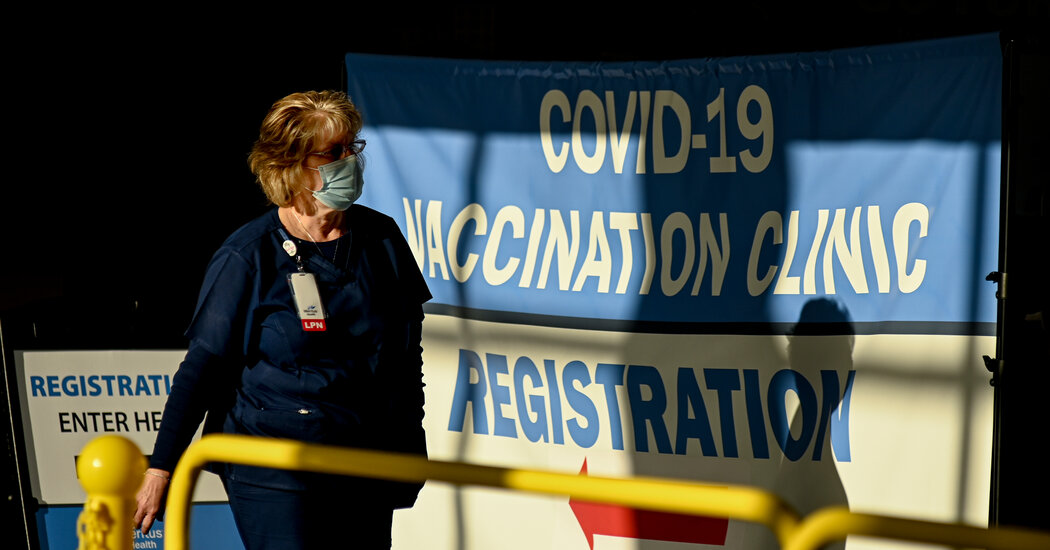 WASHINGTON — Prospects looked bleak on Tuesday for congressional approval of billions of dollars in new emergency aid to fight Covid-19, and White House officials said they had already scaled back plans to purchase treatments and reimburse doctors who care for uninsured Covid patients because pandemic relief money has run out.

The impasse is a major change in Washington’s approach to the two-year-old pandemic. Until now, both the Trump and Biden administrations have been able to secure emergency money for coronavirus relief with no strings attached. But most Republicans in Congress say they will not approve another aid package unless the White House finds a way to pay for it.

“We need to have this money,” Jeffrey D. Zients, President Biden’s coronavirus response coordinator, said in an interview on Tuesday. “This is not nice to have; this is need to have.”

Neither side, though, seemed willing to bend. Mr. Zients said the administration was focused on securing emergency funding with “no offsets,” noting that pandemic funding had always been provided that way. But the No. 2 Republican in the Senate, John Thune of South Dakota, told reporters that a spending bill would be a “much heavier lift” if the administration did not come up with some way to pay for it by repurposing existing funds.

Mr. Biden has been seeking $22.5 billion in Covid relief money to pay for treatments, tests, vaccines and research; senior administration officials, speaking on a conference call with reporters, reiterated that request on Tuesday. Congress slashed the amount to $15.6 billion, and was poised to pass the measure as part of a broader spending package it adopted last week.

But Speaker Nancy Pelosi stripped the Covid money from the broader bill in response to pushback from governors and rank-and-file Democrats, who complained that $7 billion of it was going to be taken back from states. Ms. Pelosi has discussed voting on a stand-alone bill this week, but is unlikely to do so without assurance it will pass the Senate.

“We had a chance to get that last week, and the House progressive wing blew it up,” Mr. Thune said, adding, “They torpedoed it.”

Mr. Thune’s view was echoed by other Republican senators, including Mitt Romney of Utah, Shelley Moore Capito of West Virginia and Rob Portman of Ohio. All are demanding a more thorough accounting of how the Biden administration has already spent hundreds of billions in pandemic aid.

Perhaps the most sympathetic Republican is Senator Roy Blunt of Missouri, the ranking member on the Appropriations subcommittee that controls health spending.

Unlike most of his colleagues, Mr. Blunt said he would be open to appropriating new funds without taking the money from other programs. He said he spoke to Mr. Zients on Tuesday and supported buying more therapeutics, tests and vaccines — but with a catch.

“My advice to them is be as transparent as you can possibly be with what money’s left and where it would be spent, if it’s spent the way it was designated, and how much money you need, and how long that will last,” Mr. Blunt said.

As Republicans and the White House sparred over funding, the Senate health committee on Tuesday approved a broad package of pandemic preparedness legislation, sending it to the full Senate for a vote. The measure would, among other things, create a nonpartisan independent commission to investigate the causes of the pandemic and the federal response — a major step for patients and their families, who have long called for such an inquiry.

Also on Tuesday, the Senate approved a resolution that would repeal mask mandates for travelers using public transportation, including planes, buses and trains. Senator Rand Paul, Republican of Kentucky, forced a vote on the resolution, which passed 57 to 40 with support from a cluster of centrist and politically vulnerable Democrats. (The House is not expected to take up the measure, and the White House said Mr. Biden would veto it.)

With coronavirus cases rising in parts of Europe, some Asian countries experiencing severe outbreaks and public health experts warning of the possibility of another variant or a summer or fall surge in the United States, the Biden administration is increasingly worried that without more money, it will be caught unprepared.

Mr. Biden’s new coronavirus response strategy, outlined this month, included plans to secure more antiviral pills; to build up testing capacity; and to accelerate development of the next generation of vaccines, with the hope that one might protect against multiple variants. Without funding from Congress, officials warned, those plans are in jeopardy.

White House officials have repeatedly said they were out of money for vaccines, testing and treatment. On Tuesday’s call, administration officials, who declined to be identified by name, said the White House had held more than two dozen calls and meetings with members of Congress about the emergency funding request.

They said the administration wanted to place new orders for monoclonal antibody treatments — including Evusheld, a drug authorized to protect high-risk Americans from Covid-19 — by the end of March, but would not be able to do so without additional funding.

The federal government has been buying the treatments from manufacturers and providing them to the public free of charge. But to keep the treatments free for as long as possible, senior officials said, the administration expects to cut back on the quantities shipped to states beginning next week.

One of the major vaccine makers, Pfizer-BioNTech, announced on Tuesday that it had asked federal regulators for emergency authorization for a second booster shot of its coronavirus vaccine for adults 65 and older. Administration officials said they needed more money to ensure enough fourth doses for all Americans.