In Africa, a Mix of Shots Drives an Uncertain Covid Vaccination Push 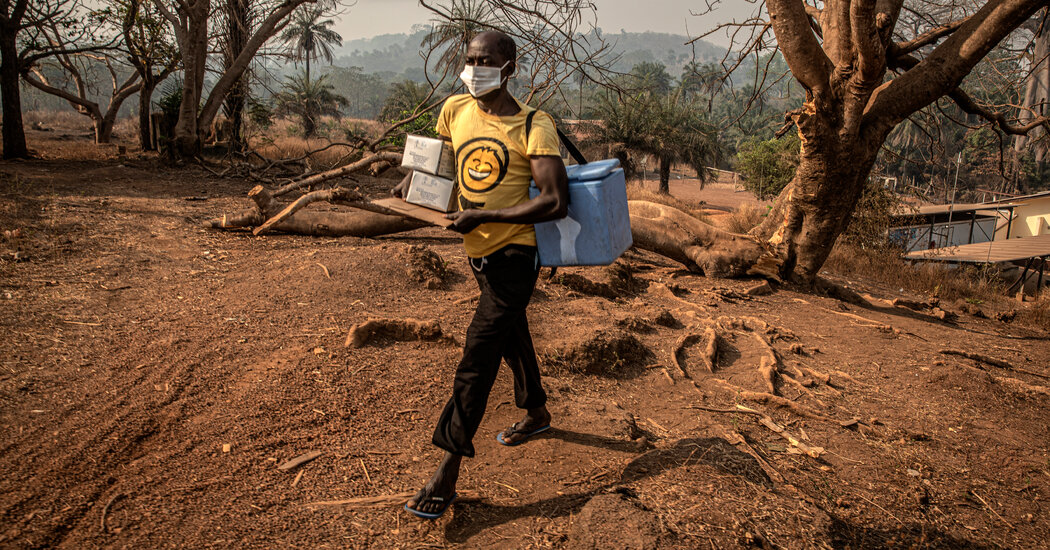 But in most African countries there is far too little of everything — vaccines, and all of the equipment and trained people it takes to administer them — to envision a significant booster campaign now.

At the vaccine headquarters in Kamakwie, the health workers are just trying to figure out how to use the supplies they’ve been given as efficiently as possible. The health ministry, for instance, never instructed health workers to give Pfizer to teens and Johnson & Johnson to teachers, Dr. Demby, the health minister, said. Instead, the community came up with that patchwork rubric on its own. Many local officials have been hesitant to try to stimulate demand in the public, he said, not knowing what shots they will get and when.

On a recent Tuesday, the vaccination team headed out with a small Styrofoam cooler of their mishmash of vaccines to the village of Kathantha Yimbo, about a 40 minute drive on a rough dirt track. An advance team had gone through with a motorbike and a bullhorn urging all those who had a vaccination card to turn up in the central square.

About 40 people wandered in, but the cards of most showed they already had two Sinopharm shots. They were sent away, with no offers of boosters. Some people had one AstraZeneca, but it was delivered last June so the second shot they got that day came about six months later than the recommended eight to 12-week interval.

Rugiatu Dumbuya, 35, who was selling fry cakes in the market, came to see what the excitement was about and decided to get her first vaccine, since the shots were right there. She had heard about Covid on a DVD of news reports a friend of hers purchased in town and played in the market recently. “I saw that people die of Covid sometimes, so I will take this even though I am not sure what it will do to me,” she said, just before she was given a Pfizer vaccine from the one vial the team brought.

Mr. Conteh gave her a blue card recording her first vaccination and sent her on her way. No one discussed when — or if — she might get a second.