In a Texas Border Town, Democratic Officials Are Becoming Republicans 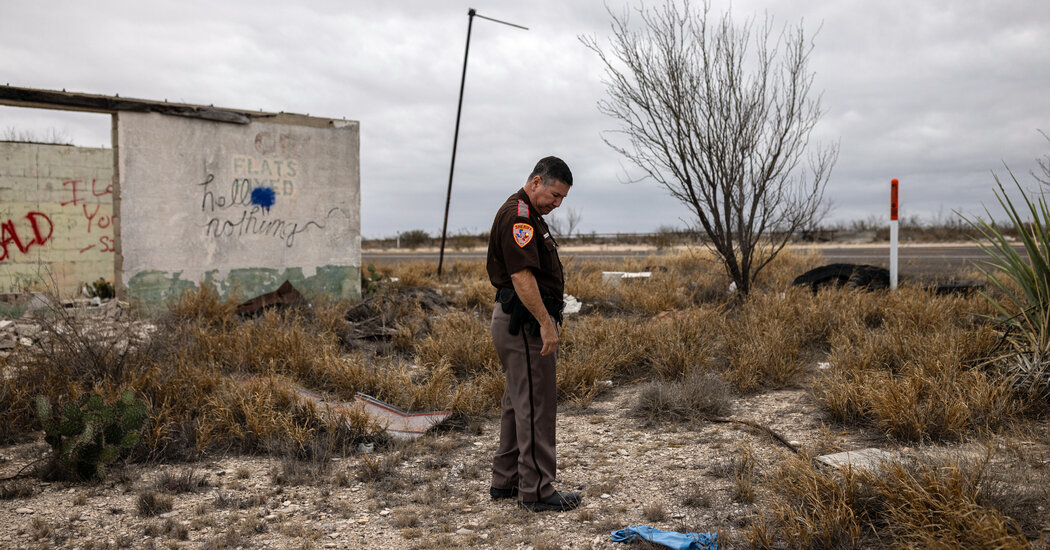 When Travis Roberts, 60, a former antiques importer from Dallas, arrived in town two decades ago, the town was so empty that he said he could buy a home for as little as $2,000. “I bought 39 houses,” he said, smoking a cigarette in a cluttered office space of the largest store in Sanderson, which sells hardware, Mexican pottery and, for the right price, a huge metal Tyrannosaurus rex. Over the years, he was able to resell all the homes.

“We came for the school,” said Mr. Roberts, the store’s owner, whose three sons went to Sanderson schools and then to Rice University.

Mr. Roberts, who grew up in nearby Marathon, complained about the effect that hardening the border had had on neighboring communities. “It used to be you could put them to work,” he said of men coming from Mexico. “Now it’s against the law to employ them, so we only get the bad, and none of the good.”

The town is also undergoing a different kind of change as the economy of West Texas tourist attractions — Big Bend National Park, the art haven of Marfa — widens its reach. The local motel has been renovated. Since December, there is even a place to get a cup of coffee besides the gas station.

“We love coffee, but we’ve never owned a coffee shop,” said Jake Harper, 41, a contractor and glass blower who moved from San Antonio with his wife, Hannah, a Pilates instructor, and their three children. They started the coffee shop, Ferguson Motors, inside a former Ford dealership. “There’s this misconception that the border is dangerous. But this is the safest place to be. The community is open and giving.”

There are few voices of dissent. Mr. Chandler, a part-time pastor and among the few openly gay residents of Sanderson, said he had spoken up at local meetings, challenging officials over rhetoric about migrants that he found “dehumanizing.” But he has been mostly alone.