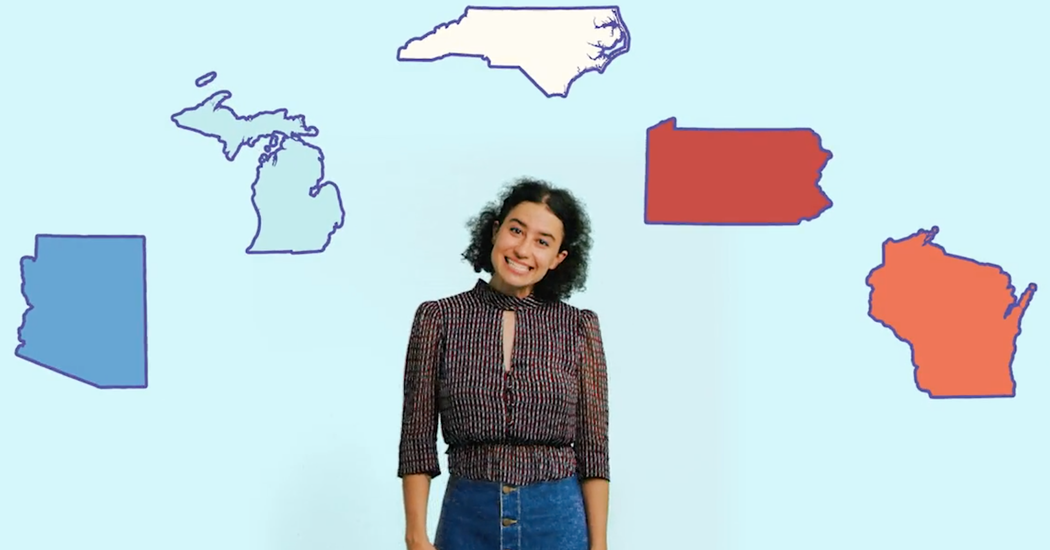 Young people who vote: They are the holy grail of any presidential campaign, but regularly getting them energized and excited is a yet-to-be-cracked formula.

But maybe excited is too high a bar. Ilana Glazer, the comedian and co-creator of the TV series “Broad City,” has a new project that rests less on building on enthusiasm for the Democratic ticket, and more on enthralling people with how voting can bring about tangible change. In this case, that change is getting rid of President Trump.

She’s approaching it from a shared antipathy to the occasionally pedantic nature of politics, which she feels can intimidate younger or newer participants.

“I really resent how I’m supposed to feel stupid if I don’t know how the system works,” Ms. Glazer said in an interview. “The system is perfectly designed to evade me.”

After what she described as “the nightmare election” of 2016, Ms. Glazer, 33, dedicated much of her past four years to progressive activism through her nonprofit group, Generator, aiming to connect with exactly that kind of uneasy liberal. Now, in the final, 70-day sprint to the election, Ms. Glazer is teaming up with the liberal super PAC Pacronym and introducing a new project titled “Cheat Sheet for the Voting Booth.”

“No matter what, the white supremacist, narcissistic, sociopathic individual occupying the White House has got to go,” Ms. Glazer explains in the project’s introduction. “And he needs to be SHOVED out; he needs to lose by a landslide, baby.”