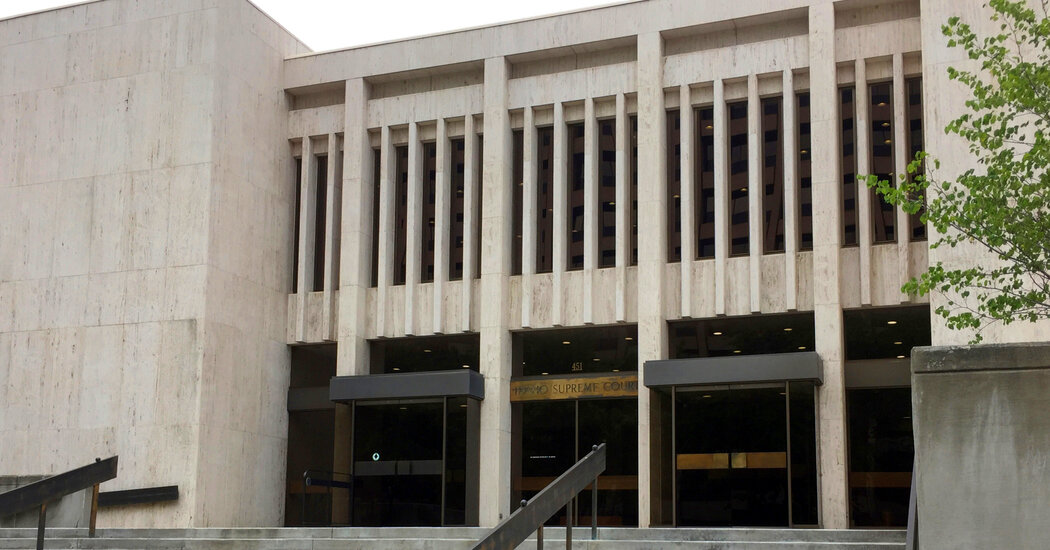 The Idaho Supreme Court on Friday temporarily blocked a law modeled after one in Texas that relies on ordinary citizens to enforce a ban on abortions after about six weeks of pregnancy as a way of sidestepping challenges to its constitutionality.

The court’s order prevents the law, which would allow family members of what it calls “a preborn child” to sue the abortion provider, from going into effect until the court can further review it. The law was scheduled to go into effect on April 22, one month after Gov. Brad Little signed it.

Advocates of the Idaho bill have said that Texas’ novel strategy has been effective in preventing abortions. But abortion rights advocates have argued in court that the law, S.B. 1309, is “an attempt to end run settled precedent” and allow an unconstitutional ban to take effect.

Under Roe v. Wade, the U.S. Supreme Court decision that established a constitutional right to abortion in 1973, states cannot ban abortion before a fetus is viable outside the womb, which with modern medical technology is about 23 weeks of pregnancy. But the court’s six conservative justices appeared willing to abandon that decision when they heard oral arguments in December about a Mississippi law that bans most abortions after 15 weeks.

The court also declined to stop the Texas law, which allows any civilian to sue someone who “aids or abets” a woman in getting an abortion after fetal cardiac activity is detected, usually around six weeks of pregnancy.

The Idaho law, which focuses on allowing family members to sue abortion providers, establishes a minimum award of $20,000 and legal fees. Lawsuits can be filed up to four years after an abortion.

Representative Steven Harris, a co-sponsor of the bill in the Idaho House, has previously said that the Texas law it was based on was very effective. “It stopped physical abortions, chemical abortions in their tracks,” said Mr. Harris, who could not immediately be reached for comment about Friday’s decision.

When Mr. Little signed the Idaho bill into law after the House overwhelmingly approved it, he expressed concerns about the wisdom and constitutionality of the measure and warned that it could retraumatize victims of sexual assault. Mr. Little, a moderate Republican, said the law could conflict with Roe.

“While I support the pro-life policy in this legislation, I fear the novel civil enforcement mechanism will in short order be proven both unconstitutional and unwise,” Mr. Little wrote at the time in a message to Lt. Gov. Janice McGeachin, who is also president of the State Senate.

Planned Parenthood, which filed the petition to block the abortion ban, welcomed the Idaho Supreme Court’s stay on Friday, which was signed by Chief Justice G. Richard Bevan.

Who gets abortions in America? The typical patient is most likely already a mother, poor, unmarried, in her late 20s, has some college education and is very early in pregnancy. Teenagers today are having far fewer abortions. Nearly half of abortions happen in the first six weeks of pregnancy, and nearly all in the first trimester.

What will happen if Roe v. Wade is overturned? Abortion would remain legal in more than half of the states, but not in a wide swath of the Midwest and the South. While some women will be able to travel out of state or rely on pills to terminate a pregnancy, many in lower-income groups might not have access.

Are there other efforts underway to restrict abortions? Several Republican-led state legislatures have already moved to advance new restrictions. Texas and Oklahoma have approved near-total bans on abortion, while Florida and Kentucky have passed bans on the procedure after 15 weeks of pregnancy. Idaho has banned abortions after 6 weeks.

“We are thrilled that abortion will remain accessible in the state for now, but our fight to ensure that Idahoans can fully access their constitutionally protected rights is far from over,” Rebecca Gibron, the interim chief executive of Planned Parenthood Great Northwest, Hawaii, Alaska, Indiana, Kentucky, said in a statement. “Anti-abortion lawmakers have made clear that they will stop at nothing to control our lives, our bodies and our futures.”

The Idaho law is part of a display of confidence from anti-abortion activists and lawmakers across the country, with both sides of the debate anticipating that the Supreme Court could soon pare back or overturn Roe.