‘I Have No Idea Where My Daughter Is’: Migrant Parents Are Desperate for News 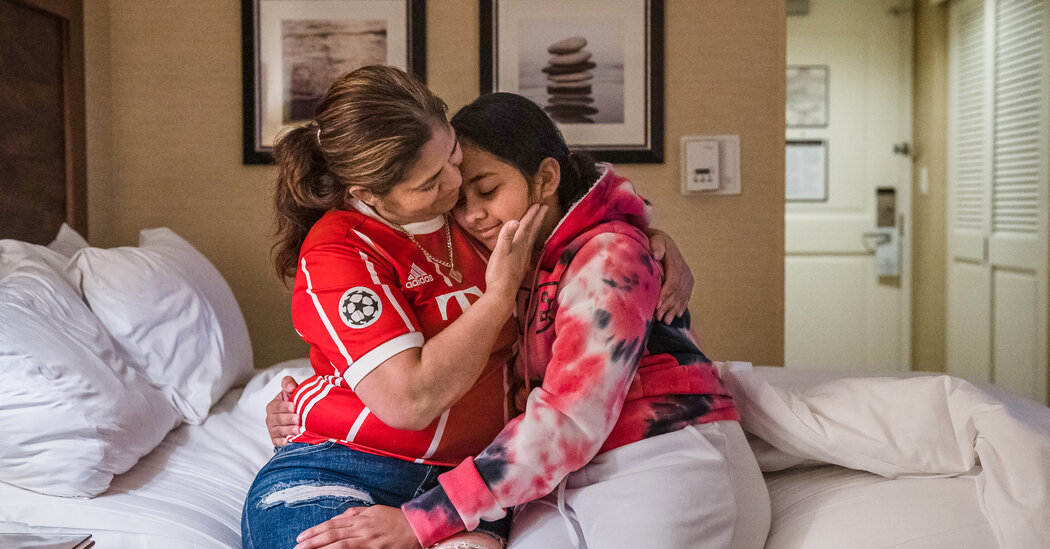 Many parents already had undergone weeks of anxiety as their children undertook the dangerous journey through Mexico, often in the hands of smugglers. Customs and Border Protection officials this week released a video of a sobbing 10-year-old Nicaraguan boy who had been found wandering in a remote area of Texas after he was abandoned by the group he was traveling with.

“The inhumane way smugglers abuse children while profiting off parents’ desperation is criminal and morally reprehensible,” the secretary of homeland security, Alejandro N. Mayorkas, said in a statement in March. “Just this month, a young girl died by drowning, a 6-month-old was thrown into the river, and two young children were dropped from a wall and left in the desert alone.”

Since arriving in the United States a decade ago, Ms. Mendez, 42, has juggled jobs as a housekeeper, a packer at a seafood processing plant and a chef’s assistant at a diner, sending $200 to $300 every two weeks back to her family.

Last year, Ms. Mendez watched her daughter graduate from high school by video. Cindy wanted to fulfill her dream of becoming a computer programmer, and the time to do that was now, she said.

As she headed north toward the border, Cindy checked in with her mother every few days.

To prepare for her arrival, Ms. Mendez painted her room pink, furnishing it with a new bed and a colorful princess spread. She hung helium balloons to make it festive.

Cindy reached Texas in early March and was intercepted by the Border Patrol, which took her to a processing center.

After an initial phone call from her daughter, Ms. Mendez waited anxiously for more news.

But weeks went by, and every time Ms. Mendez phoned a call center at the Office of Refugee Resettlement, which is responsible for sheltering migrant children, she heard that her daughter’s case was “pending.”