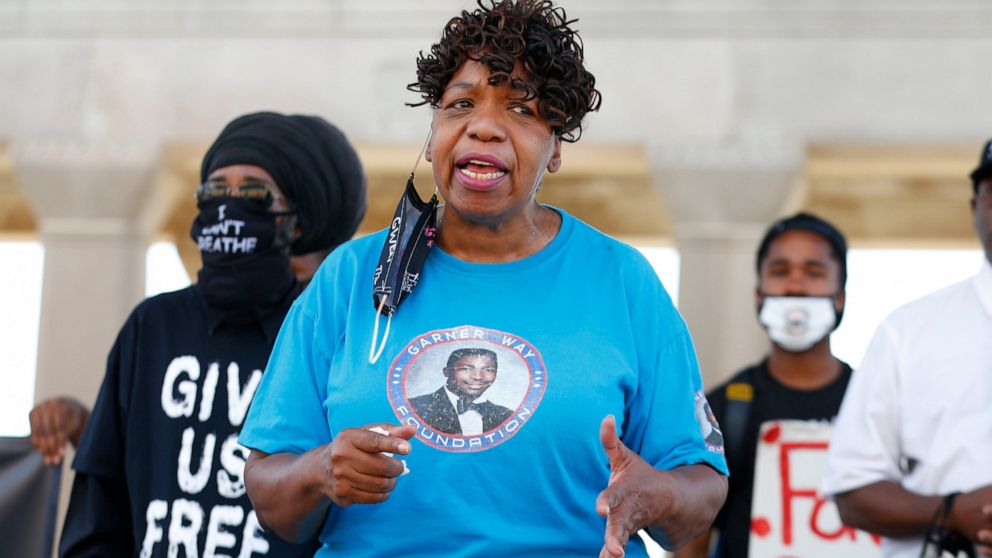 A judicial inquiry has begun into the death of Eric Garner

NEW YORK — A rare judicial inquiry began Monday into the death of Eric Garner, whose dying cry of “I can’t breathe” as he was restrained by New York City police officers became a slogan of the Black Lives Matter movement.

Garner’s mother, Gwen Carr, and other activists sought the inquiry hoping it would create a measure of public accountability for his 2014 death.

Prosecutors at both the state and federal levels declined to charge any of the officers who were present when Garner lost consciousness as officers on Staten Island were arresting him, allegedly for selling loose, untaxed cigarettes.

The judicial proceeding is taking place under a provision of the city charter that allows citizens to petition the court for a public inquiry into ″any alleged violation or neglect of duty in relation to the property, government or affairs of the city.″

One of the lawyers representing the petitioners is Alvin Bragg, the widely favored Democratic candidate for Manhattan district attorney in an election now underway in the city. Voting ends Nov. 2.

Bragg said at a virtual news conference Monday that the last time a proceeding took place under the charter provision was about 100 years ago.

The proceeding before state Supreme Court Justice Erika Edwards, which is happening virtually because of the coronavirus pandemic, started with testimony from a police Lt. Christopher Bannon, a commander on Staten Island at the time of Garner’s death.

At Pantaleo’s departmental disciplinary hearing, it was revealed that when Bannon had been notified by a sergeant that Garner had died during an arrest, he texted back. “Not a big deal … We were effecting a lawful arrest.”

Bannon testified at the judicial inquiry that the text was intended to give comfort to the officers who were at the scene, and who might be distraught.

It was “to kind of bring their mindset back to center,” Bannon said. Citing his previous experience as a supervisor of officers involved in a death in custody, Bannon said, “I’ve seen officers, you know, taking it too much and maybe potentially injuring themselves. So my intention by this statement was to kind of prevent that from happening.”

Carr, who joined Bragg and other advocates at the virtual news conference, called Bannon’s text “a slap in the face.”

“There was no sympathy, no empathy. It was just business as usual,” Carr said. “That’s the way he took it. Eric’s life just didn’t mean anything to him. He was just another person that one of his officers killed.”

Carr said Bannon “should be off the force.”

Several officers are expected to testify at the judicial inquiry, which is expected to last into November.