How Will the U.S. Combat Election Day Cyberwarfare? With Paper. 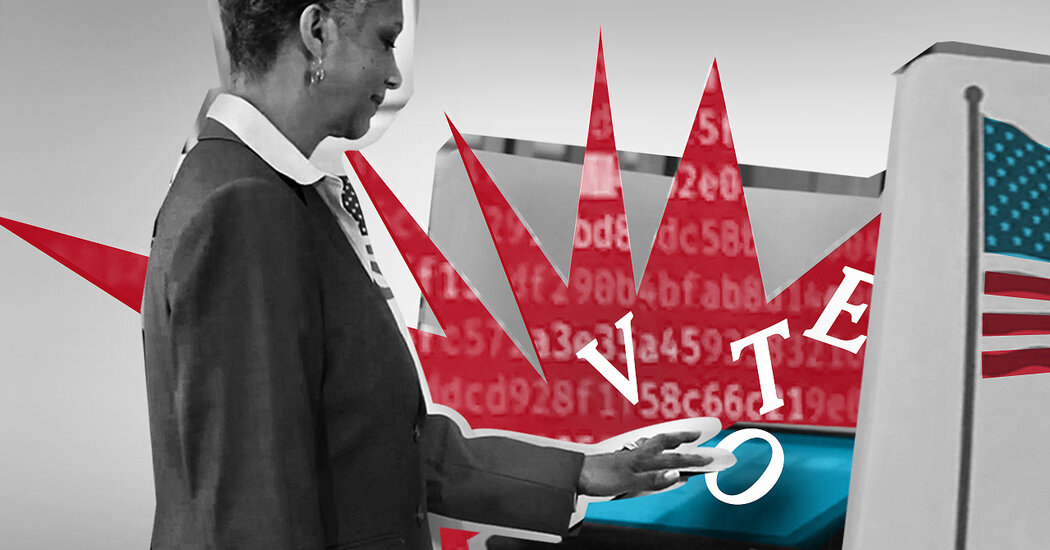 The 2016 U.S. election was a game changer for voting technology. Widespread Russian interference in our voting systems spurred new federal scrutiny of the country’s vast and fragmented election infrastructure. Four years later, “The psychological import of what the Russians did may be greater than anything that they actually hacked into, because they have managed to shake the confidence of American voters that their votes will be counted as they cast them,” said David Sanger, national security correspondent for The New York Times. And this lack of trust has led to a renewed examination of the nation’s voting equipment.

That, in part, is why some election experts believe that when it comes to the security of election machines, voters should feel more confident than ever in 2020. “This will be the most secure election we’ve ever held,” said David Becker, the founder and executive director of the Center for Election Innovation and Research, a nonprofit and nonpartisan group aimed at increasing voting security and voter turnout. “And the message to voters should be that they can trust the process, their votes matter, and they will count.”

One big reason? Paper. An estimated 95 percent of voters will use either a mail-in paper ballot or a machine that produces a verifiable and auditable paper trail. Paper balloting has long been considered the gold standard among security experts, because it allows for auditable results.

It’s a full-circle moment for paper when it comes to voting. Twenty years ago, the presidential race between George W. Bush and Al Gore turned the phrase “hanging chad” into a hotly debated national discussion. The chads were the fragments of paper left over from punch-card ballots, and they led to a messy, politically charged recount in Florida, with poll workers left to determine voters’ intent.

The debacle led many election officials to jettison aging punch-card voting machines for something that looked more like the consumer technology their voters were used to — touch-screen computers. Voting machines with touch screens had been used in limited capacity to assist voters with disabilities. But with the $3.9 billion in federal funding provided by the Help America Vote Act in 2002, the computerized voting machine came of age.

Most of these new paperless machines, however, were created and purchased without any federal standards in place. And years before hacking videos like this one exposed the machines’ vulnerabilities, election officials and security experts were sounding an alarm.

Dana DeBeauvoir, the clerk of Travis County, Texas, started thinking about the lack of secure options in the voting machines industry over a decade ago. She, together with Dan Wallach, a professor of computer science at Rice University, embarked on a project to design a voting machine that would have two features lacking in the existing models: a voter-verified paper trail, so voters could have the experience of using a computer and verify a printout of their vote before scanning it to be counted; and software with open-source technology, to help lower costs for counties in need of new machines. The project was called STAR-Vote, an acronym for Secure, Transparent, Auditable, Reliable.

When 2016 rolled around, and Russian interference undermined trust in the election system, it seemed like the perfect time for STAR-Vote to come to life. “We thought since we had done all the design work for them, a vendor would come along and take the bid,” said Ms. DeBeauvoir in an interview earlier this year. But it was not to be. She said the vendors rejected the open-source technology, citing low-revenue potential.

But Ms. DeBeauvoir was not the only election official looking to custom-build something better for her voters. At the same time that the STAR-Vote was being developed, Los Angeles County also designed a new machine, V.S.A.P., which stands for Voting Systems for All People. The state worked with the global design firm IDEO to help bring its $300 million project to fruition, according to Dean Logan, who oversees the Los Angeles County Registrar-Recorder.

“To our awareness this is the first publicly owned voting system,” Mr. Logan said. “At the end of the day it belongs to the voters of Los Angeles County.” The system launched during California’s primary in March, but the fanfare of the debut was dampened by mechanical issues that created long waits for voters.

While the STAR-Vote and V.S.A.P. projects illustrate some of the limitations of the voting machine industry, the reliance on paper in key states may strengthen voter confidence this year. Arizona, Florida, Georgia, Michigan, North Carolina, Pennsylvania, Virginia and Wisconsin all have voter-verified paper trails in place for November. This changes the total number of voters using a paper trail to almost 95 percent, according to voting experts. That’s up from 75 percent during the last presidential election.

One key state that has yet to upgrade its aging and paperless machines? Texas.