How Were the Inspiration4 Crew Selected? 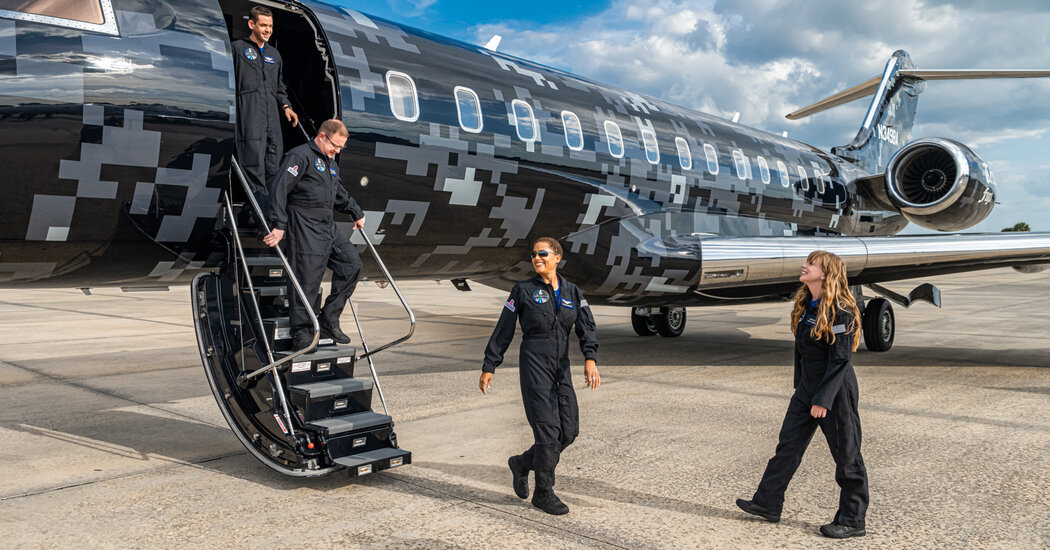 “We set out from the start to deliver a very inspiring message,” Mr. Isaacman said during a news conference on Tuesday, “and chose to do that through an interesting crew selection process.”

As commander for Inspiration4, Mr. Isaacman fills the leadership seat.

Mr. Isaacman gave two of the four seats to St. Jude. The hope seat was earmarked for a St. Jude health care worker, and hospital officials chose Ms. Arceneaux, who quickly said yes to the offer.

Another seat, generosity, was raffled off to raise money for the hospital. Mr. Sembroski entered, donating $50, but he did not win the sweepstakes, which helped raise $13 million for St. Jude. A friend of his, though, did — an old college buddy from Embry-Riddle Aeronautical University in Florida. The friend, who remains anonymous, decided not to go to space but, knowing about Mr. Sembroski’s enthusiasm, transferred the prize to him.

“I think that just really puts me in a very special spot,” Mr. Sembroski said, “where not only do I feel very lucky to be here but I have a huge responsibility to pay that forward and show that generosity towards others, and to bring that message to everyone else.”

The last seat, prosperity, was the prize in a contest run by Mr. Isaacman’s company, Shift4 Payments. Contestants used the company’s software to design an online store and then tweeted videos describing their entrepreneurial and space dreams. (Using the software, Dr. Proctor started selling her space-related artwork, and in her video, she read a poem that she wrote.)