How to Attend Black-Tie Galas From Home 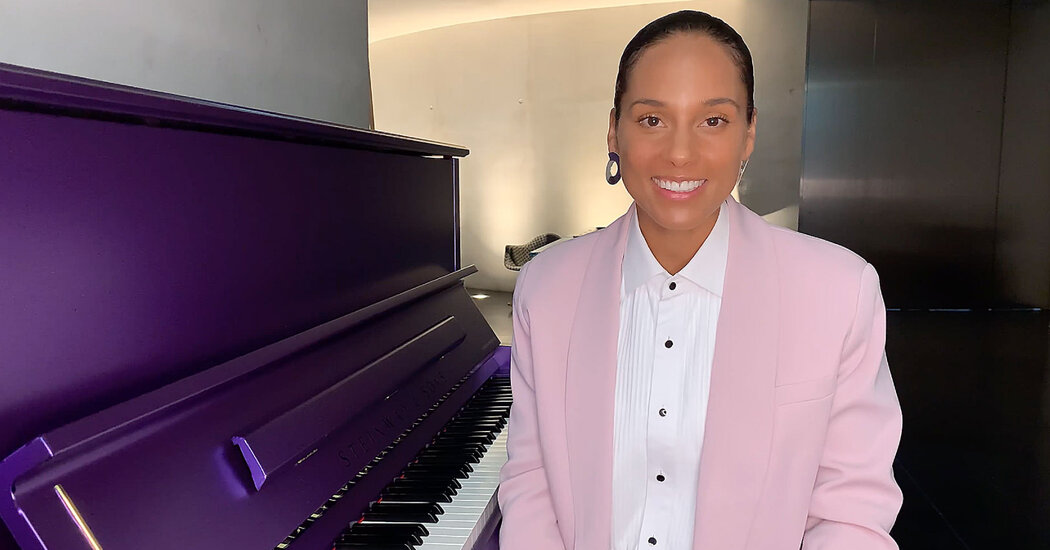 It’s gala season, when nonprofit organizations host their biggest fund-raising events of the year. Many of those events have been canceled or postponed because of the pandemic, but others have moved online and are open to those who don’t have $1,000 or more for a table (donations are strongly encouraged).

The Public Theater’s free virtual eventlast week featured a long list of stars, including Meryl Streep and Alicia Keys. And a benefit for the Children’s Diabetes Foundation earlier this month gathered celebrities such as George Clooney, Jay Leno and Jane Fonda. Here are some star-studded fund-raisers you can attend from your couch this season.

On Oct. 24, the singer Avril Lavigne will perform during this virtual benefit concert to shed light on Lyme disease, which she contracted in 2014. Organized by the Global Lyme Alliance, a nonprofit that works to eradicate the disease, and the Avril Lavigne Foundation, the show will also feature performances by the band OneRepublic and the singer Rob Thomas. The broadcasts begins at 8 p.m. Eastern; tickets start at $25.

The International Center of Photography’s annual benefit celebrates women in film and photography and supports the center’s education and exhibition programs. This year’s event, on Oct. 27, will honor Nadia Hallgren, the director of the Michelle Obama documentary, “Becoming”; the photographer and artist Deana Lawson; and Lindsay Peoples Wagner, the editor in chief of Teen Vogue. Stream it on YouTube at 12 p.m. Eastern free. It will be followed by a Q. and A. session with the honorees on Zoom; tickets start at $250.

In Search of the Sanderson Sisters

Bette Midler, Sarah Jessica Parker and Kathy Najimy will reprise their “Hocus Pocus” roles during this spooky benefit for the New York Restoration Project, an open-space conservancy founded by Ms. Midler. Starting at 8 p.m. Eastern on Oct. 30, the show will play like a documentary that delves into the characters’ back stories and will feature cameos by Glenn Close, Jennifer Hudson and more. Tickets cost $10.

Hosted by the nonprofit organization VetsinTech, this gala will raise funds for scholarships to support veterans training for careers in technology. The lineup features military leaders and special guests, like the rapper Snoop Dogg and the singer Jordin Sparks. The broadcast airs Nov. 6 at 9 p.m. Eastern. Veterans and their spouses can tune in free; others can purchase tickets starting at $25.

This fall, the American Ballet Theater commissioned virtual programming from four choreographers, who then formed “ballet bubbles” with their dancers and created the works in quarantine. The results will be filmed and are set to premiere during this gala on Nov. 18, which will benefit programs that will advance diversity and inclusion. Watch the event on the theater company’s YouTube channel free starting at 7 p.m. Eastern.

The arts organization Performa is having its first ever online telethon on Nov. 18, from 2 p.m. to 10 p.m. Eastern. The event will be broadcast from Pace Gallery in New York and will feature live performances by the pianist Lang Lang, the artist Laurie Anderson and others. The event is free, and viewers at home can purchase limited-edition home goods commissioned for the telethon.

This virtual benefit and awards ceremony hosted by the Center for Fiction, a nonprofit literary organization, will celebrate the work of the writer James McBride, the publisher Chris Jackson and a number of debut novelists. Scheduled to be broadcast on Dec. 3 at 7:30 p.m. Eastern, the event also features appearances by the actor Ethan Hawke and the writer Ta-Nehisi Coates. Register online to watch free.