How the Times Made a 2020 Voter Guide 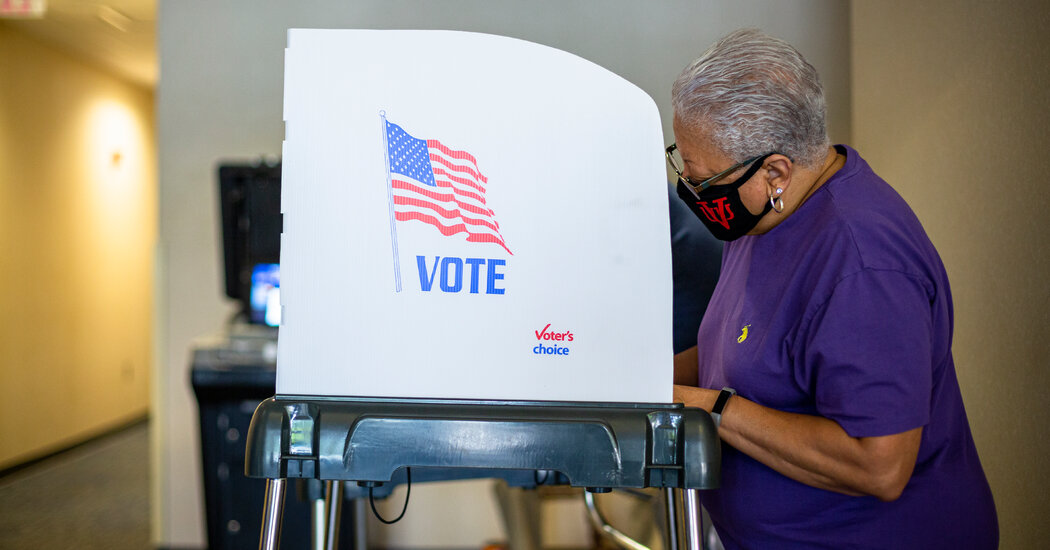 With only 39 days until the presidential election, misinformation about voting is swirling around the internet, more than 300 lawsuits regarding the election have been filed, and the pandemic rages on, devastating the U.S. economy.

“It’s been a campaign that’s so much more intense than any I’ve ever worked on, without a playbook of a normal campaign at all,” said Patrick Healy, the editor of the Politics desk. He’s covered three presidential campaigns as a reporter. This is his first as an editor overseeing the entire election coverage.

In this seemingly constant state of chaos, he and the Politics team aim to bring clarity to readers with a 12-page special section on voting, which will appear in Saturday’s paper.

“As early voting gets underway, and the news cycles have gotten down to a minute-by-minute experience, and one presidential tweet can upend everything in some ways,” Mr. Healy said, “there was an advantage to creating and organizing a lot of our best minds on voting and content in one place.”

Mr. Healy hopes that the section, which the Politics team started conceptualizing in mid-August, will give readers, in one place, vital information they need to understand how to vote this year.

“There’s real impact when The Times uses its print section in very intentional and dynamic ways,” he said.

The 12-page section was designed by the art directors Carrie Gee and Mary Jane Callister with an emphasis on utility and is equal parts graphics and traditional articles.

“We’re putting a lot of effort into visual storytelling to explain the elections,” said Haeyoun Park, a senior Politics editor who leads graphic storytelling for the section.

There’s a full page Path to the Presidency graphic, which was adapted from a digital interactive and allows readers to track electoral votes to see what each candidate needs to win. The section’s center spread is a voting calendar to keep readers on track and ensure their vote counts.

“In a year where we expect three quarters of the nation to vote by mail and the rules continue to change in each state, we’re trying to break it down in a way where voters can really understand how they can be part of the election process,” Ms. Park said.

The section provides tips and information for voting early, voting by mail and voting in person (an online interactive article available Friday provides similar guidance), and the reporter Linda Qiu wrote a comprehensive fact-check on the deluge of misinformation about voting by mail.

Keeping track of all the states’ changing voting rules is no easy task and can cause a significant amount of personal stress.

“There’s so many lawsuits to keep track of, and states keep tweaking their voting rules,” Ms. Park said. “What we’re finding is that even some of our tried and true sources are having a hard time keeping up with the information.”

For this section, much of the information is being sourced directly from each of the 50 secretary of state offices.

“All journalists have a huge responsibility when it comes to elections and democracy,” Mr. Healy said. “And for The Times, it’s particularly important because our readers look to us for fact-based, clear information in a moment when there are some Americans, including the president, who debate what is fact and what is false — who often amplify misinformation.”

That responsibility weighs heavily on the reporters and editors on the Politics desk, who are aiming to give voters the fullest picture possible involving the choices in front of them.

“The role of journalists is that much more essential in terms of really bringing truth and clarity to the process,” Mr. Healy said.

Talking about the section, he said, “For all the pressure we’re under, and all the things that are asked of us individually, we can come together in relatively little time and achieve big things.”