How the Pandemic Remade Science Journalism 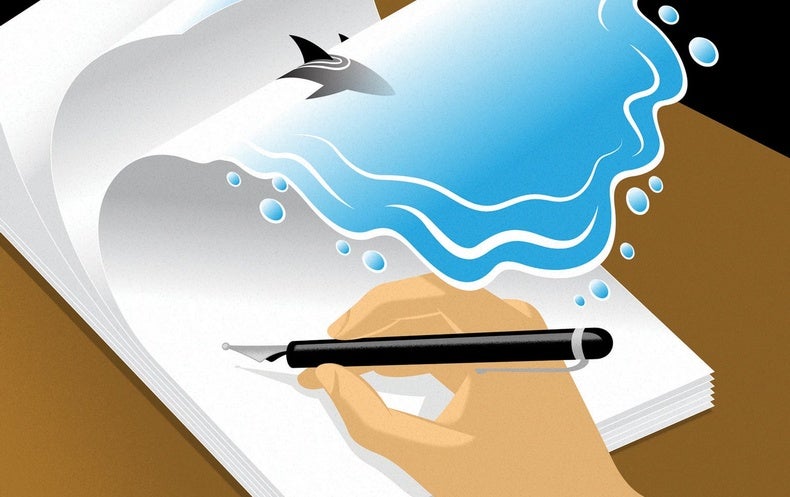 When I first heard the reports of a “mysterious pneumonia” spreading in Wuhan, China, in January 2020, I thought I would write a story or two about it and move on to the next big medical news development. As a health journalist, disease outbreaks are not a rare occurrence on my beat, and most do not rise to the level of an international emergency. But the story of COVID-19 would turn out to be unlike anything I had covered before or am likely—I hope—to ever cover again.

Reporting on the pandemic was like building a plane while flying it—at warp speed in a hurricane. The underlying science was evolving daily, so there was no expert consensus or body of established research to draw on. And there were plenty of people willing to exploit this information vacuum, creating a secondary epidemic of misinformation.

Early on Chinese authorities suppressed information about the virus, and the Trump administration downplayed its threat to the U.S. Testing blunders and shortages prevented this country from recognizing the number of COVID cases circulating within its borders in the critical early phase when we could have slowed its spread. And for months health authorities said SARS-CoV-2 was spread primarily by symptomatic people through large respiratory droplets from a cough or a sneeze or by contaminated surfaces (remember the now ridiculous-seeming grocery-disinfecting ritual?). That guidance was based on how some other respiratory diseases circulate, but of course we now know this novel coronavirus commonly spreads through aerosols that linger in the air, often exhaled by a person showing no symptoms at all.

At the heart of science journalism is a focus on evidence. But one of the hardest lessons many other journalists and I learned while reporting on COVID is that absence of evidence is not evidence of absence—and that even advice from renowned public health authorities should sometimes be questioned. Take face masks, for example: in the pandemic’s first crucial weeks, the Centers for Disease Control and Prevention and the World Health Organization said the public did not need to wear masks (despite the fact that medical workers and many people in Asia use them routinely to protect against respiratory diseases). At the same time, CDC and WHO officials specifically told people not to buy high-quality respirator masks because health-care workers needed them—breeding confusion and mistrust.

At the time, I debated with my editor over whether to recommend that people wear masks, against the guidance of these esteemed health agencies. I resisted doing so, in part out of deference to these authorities and in part because of a lack of published studies that masks—especially nonmedical ones—were protective for the wearer. In retrospect, I should have followed the precautionary principle; in the absence of direct evidence, masks were a reasonable precaution to protect against a respiratory virus. That episode highlighted for me just how challenging it can be when the evidence is shifting in real time and even the experts can’t keep up. It wasn’t until two years into the pandemic that the CDC and others finally started to emphasize the importance of high-filtration masks, which had been abundantly available in the U.S. for many months.

It didn’t take long for bad actors to weaponize the confusion to spread misinformation. Patient zero in this “infodemic” was Donald Trump. The former president routinely downplayed the virus’s severity, calling it “no worse than the flu.” He blamed China, stoking xenophobia rather than urging people to protect themselves and others. He mocked people who wore masks, politicizing a basic public health measure, while promoting baseless COVID treatments. It wasn’t just Trump—Fox News personalities and celebrities such as Joe Rogan and Aaron Rodgers have used their platforms to spread falsehoods about the virus and the vaccines. As a health journalist, my job was no longer purely about explaining the science—I now had to contend with politics and human behavior. Actions as seemingly innocuous as wearing a mask or getting a vaccine to avoid getting a disease had become political statements.

There has perhaps been no more consequential or bitter battleground in the U.S. epidemic than vaccines. The anti-vax movement—a small faction but already a potent force before COVID—took advantage of people’s hesitancy about the speed with which the new vaccines were developed to spread lies and misinformation about their effects. COVID anti-vaxxers promoted their dangerous claims under the guise of “freedom,” never acknowledging that it comes at the cost of people’s lives and the freedom to live without threat of a deadly virus. As science journalists, it was not enough just to report the facts and debunk misinformation—we had to engage with the reasons people believe such falsehoods. We learned to use the latest research on how misinformation spreads to try to expose lies without amplifying them and replace conspiracy theories with truth.

All of this has played out against the backdrop of vast inequities in access to vaccines and health care, both nationwide and globally. One of the biggest lessons of the pandemic for many of us has been that racism, not race, explains why COVID has been even more devastating for people of color.

The arrival of new viral variants further complicated messaging. The mRNA vaccines achieved an effectiveness beyond any expert’s wildest dreams. But their protection waned over time, and they have been less effective against the highly contagious Delta and Omicron variants, prompting a return to mask wearing and a hastily implemented booster shot campaign. As I write this, Omicron is spreading rapidly and overwhelming hospitals because it is so transmissible. As journalists, all we can do is try to make sense of the evidence as it develops, hope in hindsight we made the right call, and remind readers it’s normal, not bad, to update our knowledge as the virus—and our understanding of it—evolves.

Reporting on COVID has fundamentally changed the way I approach science journalism. I have gained a deeper appreciation for scientific knowledge as a process, not merely an end result. I have seen that it is not enough to simply follow the science—that skepticism of authority is warranted even when that authority comes from respected public health experts. And I have learned that science is always political—despite what many scientists like to think. These lessons have been won at a terrible expense. But failing to heed them could doom us to repeat this tragedy when the next pandemic comes.