How the Internet Viewed the Presidential Debate 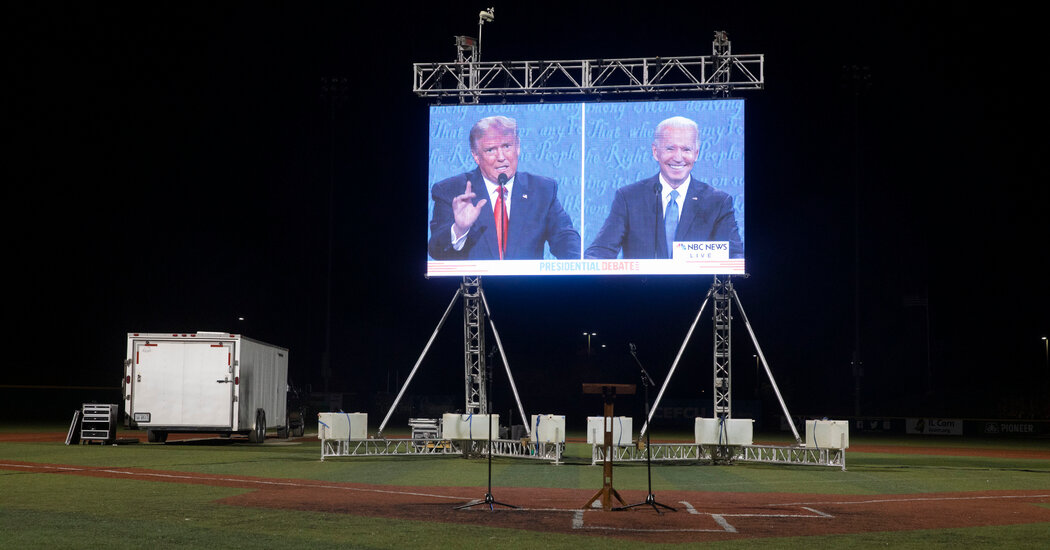 We’ve made it, everyone.

It’s Friday, Election Day is 11 days away, and all of the 2020 presidential debates are over.

If you skipped the debate on Thursday night and are just now catching up, here’s some good news: The second of two presidential debates was far more watchable and less chaotic than the first. The bad news? There was no fly this time.

There was, however, a rarely used mute button and lots of talk about a strong performance from the debate’s moderator. And President Trump criticized New York City at one point during the event, and New York Twitter did not take it particularly well.

Here is a quick look at what the internet deemed memorable about the 90-minute event.

Kristen Welker of NBC News earned overwhelmingly positive reviews for her rapid, precise questions, and for managing to more or less keep the debate on track.

‘I respect very much the way you’re handling this.’

Many debate watchers pointed out that even Mr. Trump, who had criticized Ms. Welker in the run-up to the debate, went out of his way to say, “I respect very much the way you’re handling this.”

‘I am the least racist person in this room.’

At another point in the debate, Mr. Trump insisted repeatedly that he was the “least racist person in this room.” That room, viewers were quick to note, included Ms. Welker, a Black woman.

Where was the mute button?(!)

We tried to tell you.

Yes, there would be a mute button. But as we reported before the debate on Thursday, it would be used only during the initial two minutes allotted to each candidate to answer the moderator’s questions, and the moderator, Ms. Welker, would not be the person controlling the button — that task was left to the debate commission’s production crew.

Many viewers were eager for more muting. And while some knew that the button was not at Ms. Welker’s fingertips, exactly who controlled it and why that person did not deploy it more often remained a mystery to the masses.

Gotham is called a ‘ghost town.’

The news media, including The New York Times, is often accused of having an “East Coast bias” and of being overly focused on the happenings of New York City, where many journalists (such as the one writing this article) live and work.

The debate on Thursday made it strikingly clear just how many members of the political news media do, in fact, reside there. Almost immediately after Mr. Trump called New York “a ghost town” — as part of his argument that bustling cities and businesses were being damaged by overzealous governmental responses to the coronavirus pandemic — Twitter exploded with a torrent of indignant rejoinders.

Some New Yorkers, at least, had a sense of humor about it.

It has been a long year, and some debate watchers could not wait for the event on Thursday evening to mercilessly come to an end.

But are we at least a little sad this was the last debate of this cycle?