How Steve Bannon’s arrest disrupted his attempts to stay relevant. 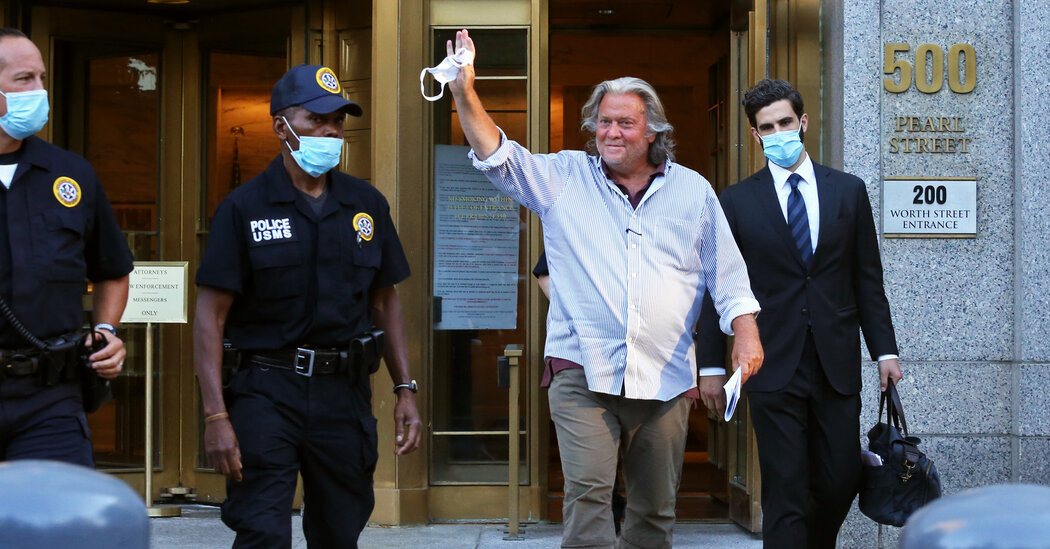 Since he left the White House in 2017, Stephen K. Bannon has promoted himself as a political provocateur still fighting for an underclass left behind by open borders and free trade, even as he forged a financial relationship with a fugitive Chinese billionaire and traveled the world to dole out advice on running populist movements.

Mr. Bannon also stayed connected to President Trump, giving the impression he was quietly counseling the president from afar in recent months as his re-election campaign stumbled.

But Mr. Bannon’s self-made image as a champion of people the president has called “the forgotten men and women” was shattered on Thursday when he was arrested on charges of defrauding donors to a campaign to privately fund a wall on the United States’ southern border with Mexico, one of Mr. Trump’s signature political promises.

Pledging publicly not to take any of the proceeds for themselves, Mr. Bannon and the other suspects instead siphoned hundreds of thousands of dollars to pay for travel, hotels, personal credit card debt and other expenses, federal prosecutors in Manhattan said.

Mr. Bannon was arrested on the yacht of the Chinese billionaire Guo Wengui off the coast of Connecticut early Thursday, becoming the latest person linked to Mr. Trump to be indicted during his presidency. Mr. Bannon pleaded not guilty in a hearing on Thursday afternoon in Manhattan.

The president sought to distance himself from the ill-fated wall fund-raising campaign that led to Mr. Bannon’s indictment. “I didn’t like that project,” Mr. Trump told reporters on Thursday in the Oval Office. “I thought that was a project that was being done for showboating reasons.”