How long does it take to get to Mars – and why is it so difficult? 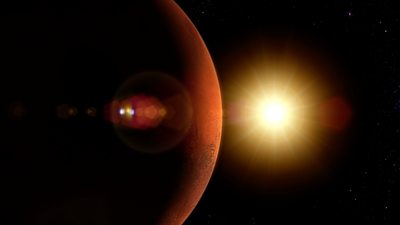 Why are there so many attempts to get to Mars at the moment?

Well, summer 2020 is a popular time for missions to the red planet because of the way the planets align.

But how far away is Mars? Why should we go to Mars? And why is landing on Mars known as the “seven minutes of terror”?

Here BBC Science Correspondent Laura Foster explains how long it takes to get there and why it’s so difficult.

AstraZeneca and Oxford Say Vaccine Is Up to 90 Percent Effective

Do You Have a Conflict of Interest? This Robotic Assistant May Find It First