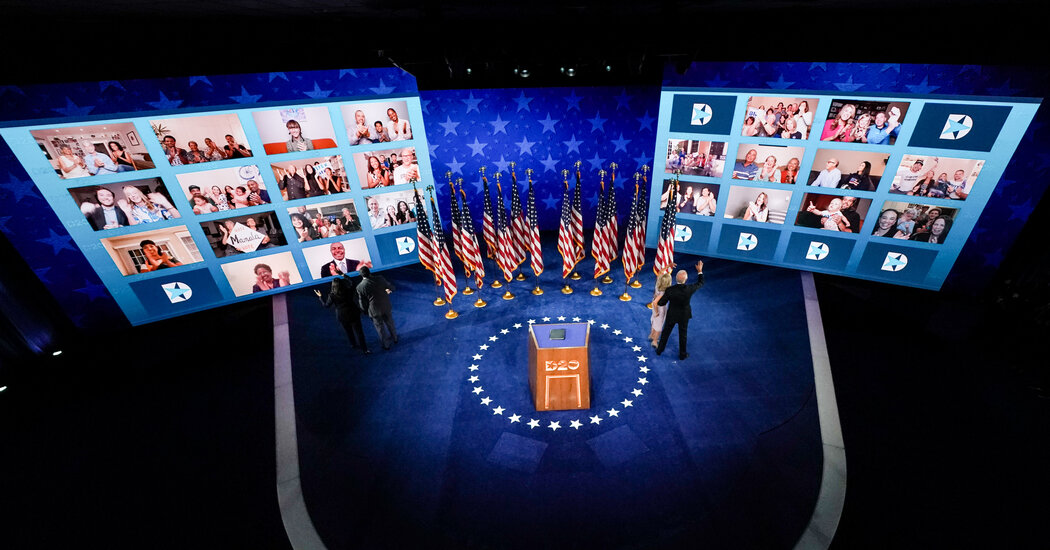 The Biden granddaughters were lovely. Shorter speeches were effective. The travelogue roll call made for strangely good TV.

Those were concessions that Trump advisers and former White House officials had to hand to the Democratic National Committee after it pulled off the first-ever virtual convention, even while they took issue with the overall message of the week.

The question is, how do they top that now? It may be difficult.

Republican officials wasted time that could have been used to plan a highly produced semi-virtual convention by trying — for much longer than the Democrats — to pull off a normal one. President Trump scrapped his plans for an in-person convention in Jacksonville, Fla., just a month before the event itself was scheduled to take place.

And instead of handing over the reins to an experienced television producer, Mr. Trump is trying to weigh in on much of the programming himself, mostly with the help of people from his own White House. He’s insistent on having it still look on television like a “real convention,” i.e., with an audience component, and on playing a major role himself every night.

Mr. Trump, Vice President Mike Pence and a group of congressional lawmakers are expected to arrive Monday in Charlotte, N.C., the convention’s host city, for an in-person roll call and for brief nomination speeches. Joseph R. Biden Jr. and his running mate, Senator Kamala Harris, did not travel this week to Milwaukee, the Democrats’ host city, at the recommendation of health officials.

Mr. Trump tweeted Saturday that Mr. Biden had “greatly disrespected the Great State of Wisconsin by not even paying a small visit to Milwaukee.”

Spit in a Tube and Mail It In: A New Frontier in Covid Testing