How Biden (and Trump, indirectly) laid out the choice America faces. 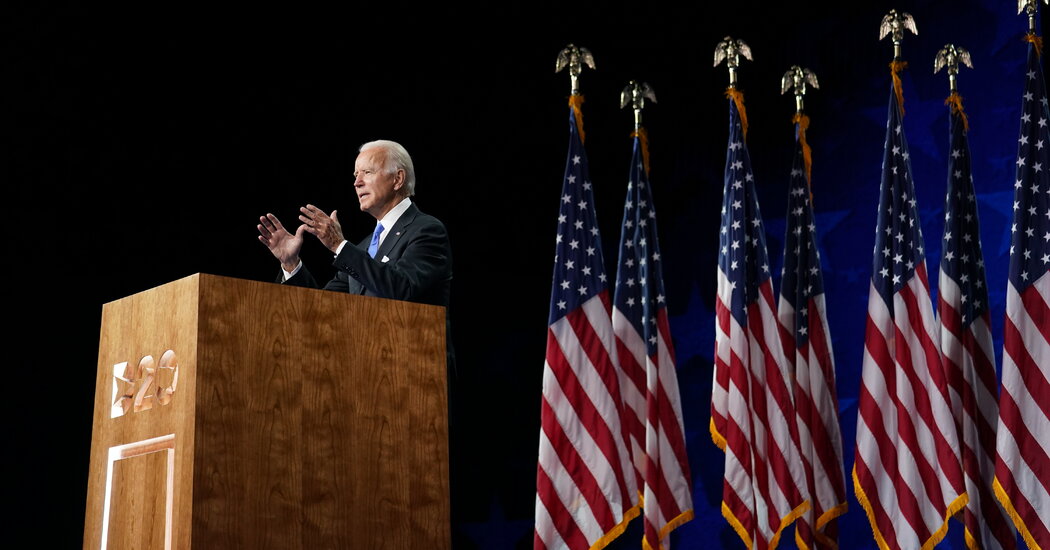 For nearly 25 minutes on Thursday night, former Vice President Joseph R. Biden Jr. was at the center of the political world.

A nominee for the first time since his initial campaign for the presidency in 1988, Mr. Biden laid out a case for the importance of a post-Trump America.

He never mentioned President Trump’s name. But the former vice president quickly made an appeal to voters who aren’t predisposed to support him, saying that he would try to win them over as president.

He condemned bigotry. He yoked the Trump administration’s failures in its coronavirus response to the economic crisis and the financial fragility that millions of people are facing, months into the pandemic, with no clear end in sight. He pledged to “overcome this season of darkness in America.”

He urged people to consider the weight of the election.

The threat of sending law enforcement to polling sites might be the type of inflammatory statement that Mr. Trump sometimes makes before abandoning the idea and moving on. Or it could be something he’s seriously considering.

Either way, juxtaposed against Mr. Biden’s call to civic action, the casual remark about a voter intimidation tactic made for as stark a comparison about the two cases being made by the nominees as Americans have seen.