How an Oregon Wildfire Became One of the Most Destructive 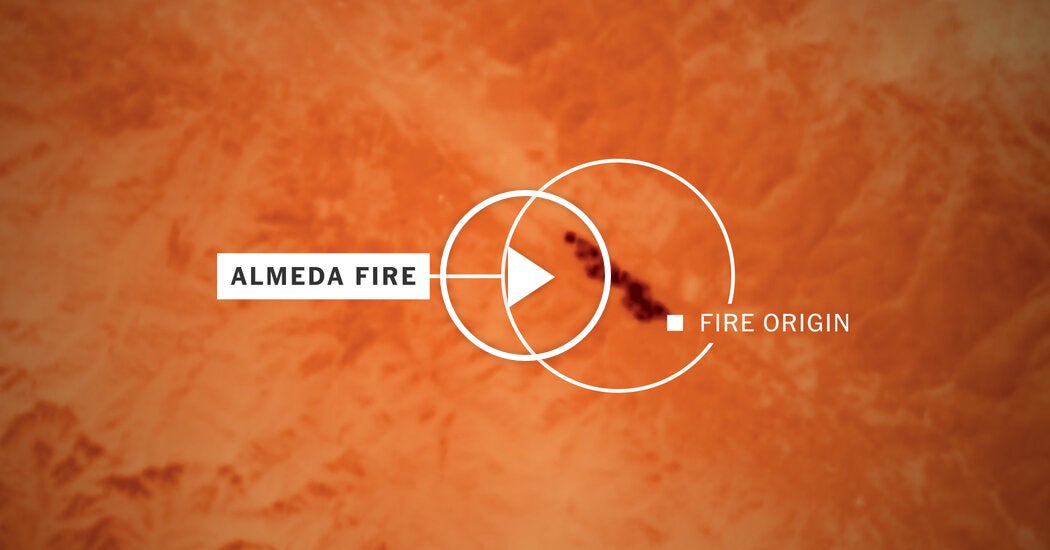 This was the night of September 8 in Talent, Oregon. The chaotic scene was the result of the Almeda Drive fire, a fire that ultimately spread through multiple towns. The next day, the extent of the damage became clear. “It’s the worst thing I’ve ever seen in my life. I had seen videos but it’s a thousand times worse than I could have ever imagined.” When compared to some of the other wildfires raging in remote areas along the West Coast, the Almeda Drive fire burned less overall territory, but it was particularly ruinous because it struck well-populated areas. So how did it get so out of control? We analyzed satellite images, social media postings, videos and first-responder radio traffic to create a snapshot of the disaster’s destructive 24 hours. It’s late morning on September 8 when the fire starts in an empty field on the northern outskirts of Ashland. Authorities suspect the fire was man-made. It starts right next to a residential area, and people barely have any time to respond. “We’re getting a report that the resident, 1-9-9, 199 Almeda, is panicking. They’re advising that they will need help evacuating.” The local fire department and the National Weather Service have warned for days about the increased risk of fires due to hot dry weather, followed by strong wind. That wind fuels the fire. This satellite image of the origin was taken an hour into the fire and detects heat. We can see that the fire has already moved around two miles. The full image shows how the smoke has drifted low and far, an indication of strong winds and the fire’s future direction. By total chance, that direction will take the flames along two highways that cross through three adjacent towns. This is why the fire will destroy so much property. It starts near a populated area, and the wind direction aligns perfectly with the valley, quickly pushing the flames along. We can see the fire spread over time through videos and photos shared through social media posts and text messages. The hot and dry weather conditions continue to hurt firefighting efforts, and the flames reach the town of Talent by the afternoon. The fire moves so quickly that some residents who left their homes for work aren’t able to return. The roads are clogged with evacuees. And by nightfall, entire neighborhoods are burning. “Oh my god. I’d be very surprised if anything survives. Just going from one house to another.” Bow Shaban DeBey, who’s lived in the area for years, records the fire’s progress live to try to let his neighbors know what’s happening. “I don’t know what the address is.” DeBey’s own house was spared by the flames, just barely. “God, it’s so sad. These were brand-new houses they just put in.” Destruction was even worse in the next town, Phoenix, where even larger parts of the city burnt down. The fire was finally stopped at the outskirts of Medford, a city of more than 80,000 people, avoiding an even larger disaster. The next day, DeBey returns to survey the damage in Talent. “The destruction is just unimaginable. Never seen anything like this.” While he shows the devastation up close, far above him, satellite imagery captures the trail of destruction through the valley. A senior housing community and businesses and entire neighborhoods, as seen here, right at the Phoenix-Medford border. Officials estimate that the Almeda fire destroyed more than 2,300 homes. As for how the fire started, Ashland police say they’ve launched a criminal investigation.