How a New Treaty Could Clean Up Plastic Waste 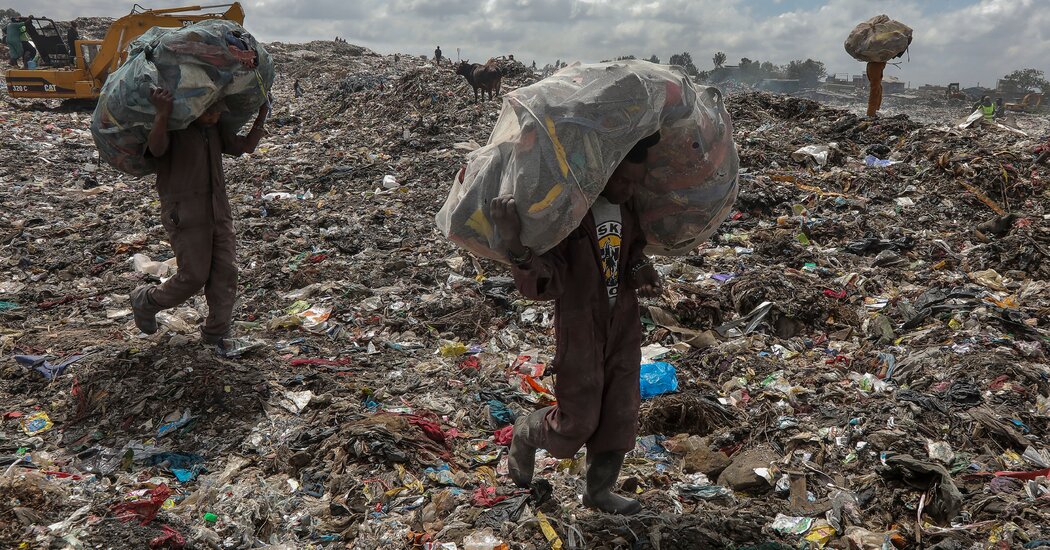 In much of the world, the task of collecting, sorting and recycling plastics often falls to informal waste pickers who work among fires and toxic vapors for little pay. In a landmark move, the agreement in Nairobi for the first time formally recognized the importance of waste pickers in the plastics economy.

“We waste pickers have to be involved in this process,” said Silvio Ruiz Grisales of Bogotá, Colombia, who began working at dump sites at the age of 12. Now he is a leader in the Latin American and Caribbean Network of Waste Pickers, a group that advocates for better pay, working conditions and recognition.

Among other requisites, Wednesday’s agreement specifies that any global treaty must be legally binding, and that it must address the full life cycle of plastics, from production to disposal, recycling and reuse. Delegates said they hoped to model the treaty on the Paris climate accord, under which countries set binding targets but are able to meet those goals using a range of different policies.

The treaty must also address packaging design to cut down on plastic use, improve recycling and make technical and financial assistance available to developing nations. According to Wednesday’s agreement, it must also address microplastics, the tiny plastic debris created by the breakdown of plastics over time. Microplastics have been detected by scientists in deep ocean waters, shellfish, drinking water and even falling rain.

In the course of negotiations, some of those points faced objections from countries including the United States, Japan and India, according to three people close to the talks who were not authorized to speak publicly about negotiation details.

Japan had initially submitted a competing resolution focused on marine plastics. India threatened to derail negotiations on the final day, urging that any action needed to be on a “voluntary basis,” according to a list of demands privately submitted by India’s delegation and reviewed by The New York Times.

Dinosaurs Started Out Hot, Then Some of Them Turned Cold