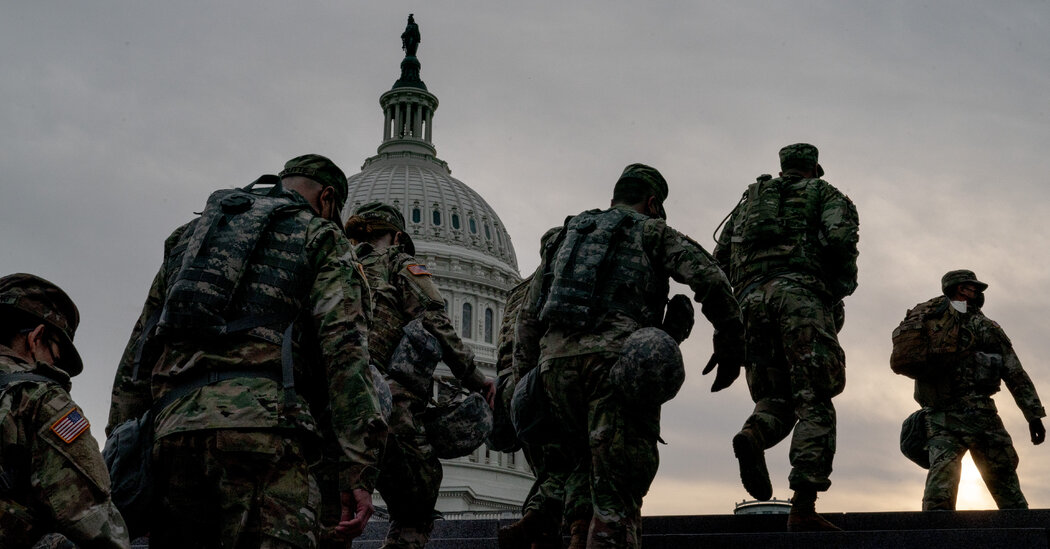 WASHINGTON — By the thinnest of margins, a divided House voted on Thursday to approve $1.9 billion in emergency spending to cover costs related to the Jan. 6 attack on the Capitol and increase security to prevent a repeat, with progressive Democrats joining Republicans in opposition.

The bill passed the Democratic-controlled House by a vote of 213 to 212, leaving its future uncertain in the evenly split Senate, where most legislation needs 60 votes to overcome a filibuster and advance to a vote.

Every Republican voted against the security spending plan — a move that top Democrats cited as further evidence that the party is trying to rewrite the history of the mob violence that unfolded on Jan. 6 by downplaying or outright denying crucial facts and opposing efforts to investigate it.

“It is profoundly disappointing that every single House Republican voted today to reject strengthening security at the Capitol,” said Representative Steny H. Hoyer, Democrat of Maryland and the majority leader, calling the vote “yet another blow to recognizing and acknowledging the truth of what happened that day.”

But while Republicans voted as a bloc against the spending measure, opposition by a handful of liberal Democrats nearly defeated it. Several lawmakers on the left who are skeptical of increasing spending on policing argued that the Capitol Police bore some responsibility for what happened on Jan. 6 — or may even have been complicit in it — because they had turned a blind eye to right-wing extremism.

“The attack on Jan. 6 was not due to a lack of police funding; it was a lack of coordination, preparation, and sharing of intelligence,” said Representative Jamaal Bowman of New York, who voted “present” to register opposition. “It was because the threat of white supremacy has been enabled to spread and fester throughout our nation, including within law enforcement.”

He was one of a half-dozen liberal Democrats — including members of the progressive group known as “the squad” — who either voted “present” or opposed the legislation outright. Their objections would have been enough to sink the proposal in a chamber where Democrats have only a slim majority and need nearly every member to stick together if Republicans stay united in opposition.

Their stances led to a flurry of tense negotiations on the House floor before the vote, as Democratic leaders pleaded for the progressive holdouts to change course. Ultimately, they persuaded Mr. Bowman, Representative Alexandria Ocasio-Cortez, also of New York, and Representative Rashida Tlaib of Michigan to vote “present,” lodging their protest but sparing the measure an embarrassing defeat.

But Representatives Cori Bush of Missouri, Ilhan Omar of Minnesota and Ayanna Pressley of Massachusetts voted “no.”

The resistance reflected the lingering anger among Democrats in Congress, particularly lawmakers of color, about the contrast between the law enforcement response to the Capitol rioters — a mostly white group — and high-profile episodes of excessive use of force against Black Americans by police officers around the country.

The attack on the Capitol was one of the most violent in American history. Nearly 140 police officers were injured, and at least five people died in connection with the riot.

It includes smaller pots of money to equip Capitol Police officers with body cameras and bolster its intelligence division, and increases protection of lawmakers as they travel the country.

“Like many of us in the Capitol community, I am still shaken by the violence and terror of that day and the tragedies in its aftermath,” Representative Rosa DeLauro, Democrat of Connecticut and chairwoman of the House Appropriations Committee, who said the Capitol Police were in “dire” need of better equipment.

The bill would also rename the Capitol Police wellness center after Officer Howard Liebengood, who died by suicide in the aftermath of the attack.

Many of the proposals, which have been endorsed by the Capitol Police, were recommended by a panel led by Russel L. Honoré, a retired Army lieutenant general appointed by Speaker Nancy Pelosi to investigate Capitol security after the riot.

Representative Tim Ryan, Democrat of Ohio and the chairman of the subcommittee that oversees the Capitol Police, said the bill was needed to cover payments for the long overtime hours many officers had worked after the attack and hazard pay for the custodial staff.

“This is an extremely necessary investment in our work force,” he said.

The vote came a day after the House approved the creation of an independent commission to investigate the Capitol riot. Four-fifths of the chamber’s Republicans opposed the measure amid increasing pressure from former President Donald J. Trump and his supporters to shift focus away from the attack.

Hours before that vote, Senator Mitch McConnell, Republican of Kentucky and the minority leader, declared his opposition to the plan after having said he was open to voting for it a day earlier.

Senator Chuck Schumer, Democrat of New York and the majority leader, has said he plans to bring the commission up for the floor vote soon — potentially setting up the first Republican filibuster attempt of President Biden’s term.

Unlike the House vote on the commission, in which 35 Republicans bucked their party leadership to join Democrats, Republicans stuck together on Thursday to oppose the spending bill, citing its costs and concerns about the Capitol taking on a militarized atmosphere. Since the attack, the complex has been surrounded by fencing — initially topped by barbed wire and guarded by thousands of National Guard troops.

Representative Kay Granger of Texas, the top Republican on the Appropriations Committee, said Democrats were taking a partisan approach to the measure and rushing it forward without enough comment from Republicans.

“This is a one-sided solution that does not even have buy-in from Democrats in the Senate,” Ms. Granger said.

Representative Jaime Herrera Beutler of Washington State, one of 10 Republicans who voted to impeach Mr. Trump over his role in inciting the mob that attacked the Capitol, said that it was appropriate to reimburse the military and secure the complex, but that there were still too many resolved issues with the legislation.

“We are funding something that is incomplete,” she said. “We certainly do not need to militarize the Capitol.”

The top Republicans on the House and Senate Armed Services Committees also have come out against the bill’s inclusion of a quick reaction force.

Across the Capitol, Senator Patrick J. Leahy, Democrat of Vermont and the chairman of the Appropriations Committee, said he was committed to moving a security bill through the Senate, but wanted the Capitol to “remain open and accessible to the public and does not feel like a militarized zone.”