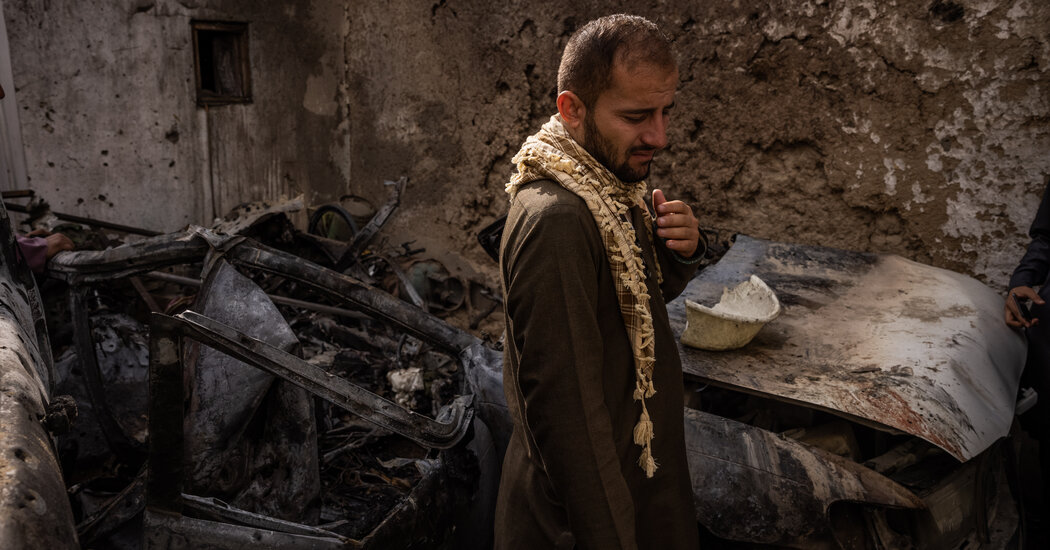 WASHINGTON — Congressional Democrats called on the Defense Department on Tuesday to brief Congress on the administration’s progress toward reducing civilian injuries and deaths from U.S. military operations overseas.

In a letter to Defense Secretary Lloyd J. Austin III, more than 40 Democratic House members cited reporting by The New York Times in expressing concern over counterterrorism operations conducted by the U.S. military, including airstrikes, that have resulted in thousands of civilian deaths and many more injuries over years of American involvement in the wars in Iraq, Afghanistan and Syria.

“Civilian deaths, injuries and other harm caused by U.S. military operations risks our legitimacy overseas, has been shown to fuel the very extremism we’re fighting, gives other governments an excuse to overlook harm and does not align with our American values,” the lawmakers wrote. “It is imperative that the United States armed forces uphold the highest standards of conduct, including consistent standards for protecting the lives of civilians.”

The letter — which was led by Representatives Ruben Gallego of Arizona, Tom Malinowski of New Jersey, Jason Crow of Colorado, Sara Jacobs of California and Rick Larsen of Washington — praised the Defense Department for its commitment to reducing civilian harm. But the lawmakers expressed a desire for more insight into the progress of a 90-day review to create a plan to reduce civilian injuries and deaths.

“I am committed to ensuring counterterrorism operations comply with the laws of war and U.S. policy for protecting civilians,” Mr. Gallego, the chairman of the House Armed Services Committee’s Intelligence and Special Operations Subcommittee, said in a statement. “I look forward to hearing D.O.D.’s response and future briefings on this critically important issue.”

The lawmakers asked the Defense Department to specifically address the lack of a leader within the department dedicated solely to addressing civilian harm, and they called on the department to bring on additional personnel dedicated to reviewing policies, procedures and investigations.

They also asked the department to create a standardized process that would track all future incidents in which civilians were harmed, to ensure that previous reports of civilian harm that may have been wrongly dismissed would be investigated in a “full, independent, transparent” way, and to look into why “ex gratia,” or condolence, payments have not been offered to victims.

The 90-day review established by Mr. Austin began in January and is set to wrap up in late April. It was announced after a previous letter in which 11 senators and dozens of House members expressed grave concern over the government’s targeting criteria for drone strikes and other policies intended to prevent civilian casualties during military operations.

In January, The Times revealed surveillance footage that showed how the United States botched a drone strike in Kabul, Afghanistan, that killed 10 innocent civilians, seven of whom were children. The Times has also uncovered how the Defense Department covered up a bombing called in by a classified Special Operations unit in which a group of about 70 women and children were killed outside a town called Baghuz in Syria. And a Times investigation based on the military’s confidential assessments of more than 1,300 reports of civilian casualties and ground reporting at more than 100 civilian casualty sites showed that the air campaign against the Islamic State was marked by flawed intelligence, confirmation bias and scant accountability.