Hooray (Mostly) for the Government! 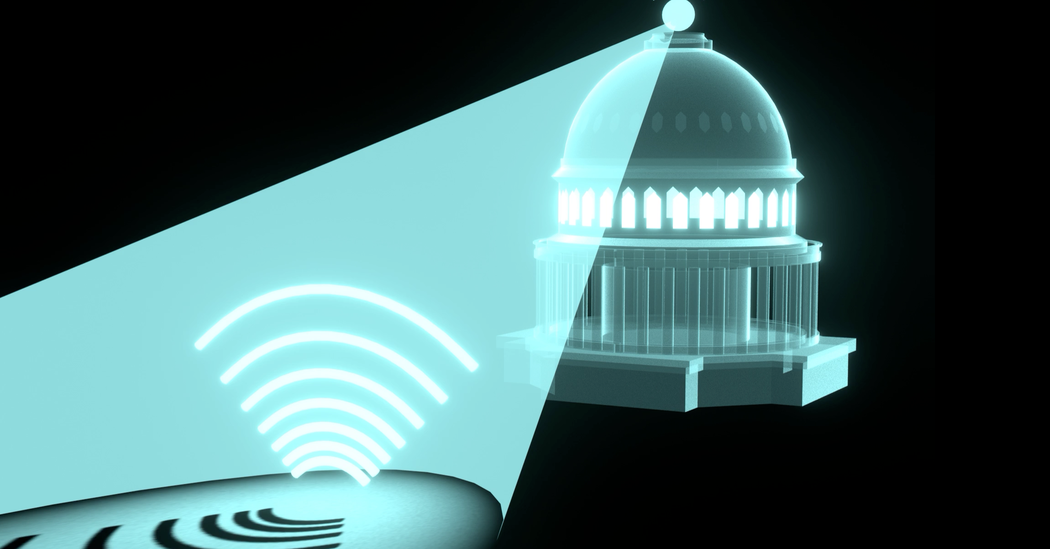 I feel a glimmer of hope about America’s government officials and elected representatives. A tiny one.

Underneath a truckload of partisan hooey, they are digging into complex and important questions about how to steer technology to make our lives better.

In investigations into technology antitrust and the reconsideration of a 24-year-old bedrock internet law, government officials are taking on big ideas: Is the online economy fair? And how should U.S. laws balance protecting people from online horrors with giving them room for expression online?

First, the Department of Justice may sue Google within days, claiming the company breaks laws intended to ensure healthy business competition. There’s no telling how this lawsuit might turn out, and my colleagues have reported that some people familiar with the government’s investigation have worried that it was rushed to score political points ahead of the presidential election.

It’s going to be a shouty mess. But there are meaty questions here: Did Google, and America’s other tech giants, get so powerful by tilting the game to their advantage? Broadly, does the dominance of superstar companies result in Americans having worse online communications products, more expensive pharmaceutical drugs and crummier cellphone service than we would if there more, smaller competitors?

These are good questions! I don’t have answers, but I’m glad the questions are being asked on a big stage.

Likewise, there is lots of truly awful garbage in the government scrutiny of Section 230 of the Communications Decency Act, but I’m still glad that it’s being reviewed.

The 1996 law gave websites legal breathing room to filter and delete threats of violence and other unwanted material that people posted in spots like comment sections. This was a foundation that enabled Facebook, YouTube, Twitter and others to let people share themselves with the world without fear that the companies would be sued out of existence for what users posted on their sites.

Both Republicans and Democrats are now asking whether the law has outlived its use and is too lax on online companies that don’t effectively weed out child sexual abuse imagery or extremists organizing violence. And they’re also asking whether tightening the rules might unfairly squash what people say online. This is a worthy debate.

The issue is complicated by political interests. Some conservatives have misrepresented what the law says and want these companies to intervene less in what people say online to avoid what they view as partisan censorship. Some Democrats want to hold websites more responsible for false information, but haven’t talked about the possible unintended consequences of doing so.

Skeptical people — hello, I am you — might be shouting at me through their screens. Our government officials and elected representatives are not banging the table about Amazon mistreating small merchants or conservative bias in Gmail folders because they’re thinking deeply about our world and how it works. This is about their side winning.

Fair, OK. I also worry that antitrust and Section 230 have become so bogged in the partisan muck that there is no there there.

But U.S. government officials recently made a partisan charade over the TikTok app, AND didn’t even try to tackle big questions like how the United States should deal with future global technology that is less American.

I prefer this one time to look on the bright-ish side. At least in two areas of technology policy, U.S. officials are mixing the partisan muck with taking on complex issues.

So, Amazon: Is this useful?

One good thing about the questioning of Big Tech power is that it gives us a chance to consider whether the status quo is good for us.

I was thinking about this because The Wall Street Journal dug into the promotions that Amazon pushes when we hunt for products on its site. Type “dog beds” into the search box on Amazon. The first half-dozen products that I saw, marked as “sponsored,” had paid Amazon to appear prominently.

The Journal’s article showed that Amazon has different rules for paid promotions for its own products versus those of its top competitors.

But I have a more basic question: Are these Amazon promotions useful to those of us shopping on the site?

If the most visible products on Amazon are those that pay Amazon, is the company nudging us to buy the best product at a great price — or the one that paid Amazon the most for promotion?

As a Recode technology reporter pointed out to me on Twitter, merchants who sell cat toys or Oreos on Amazon tend to say that these ads help them get noticed — although they often resent them — in Amazon’s sea of products. That’s true. That doesn’t necessarily mean that we shoppers are better off, though.

Yes, these kinds of paid product promotions are not novel. Stores charge cereal and ice cream companies for prime placement on store shelves. When you type “Niagara Falls hotel” into Google, companies pay Google to pitch you their vacation packages and lodgings. Amazon has said that paid promotions help people find what they’re looking for.

But it’s worth asking whether Amazon combining the largest online store in America with a Google-style paid ad machine is a step too far.

Drumming to the beat, with hopping virtual penguins. Make sure to turn on the sound for the video. (My colleague Charlie Warzel is obsessed with this. Thank/blame him.)

A Leading Critic of Big Tech Will Join the White House

Reddit hires its first chief financial officer as it prepares to go public.