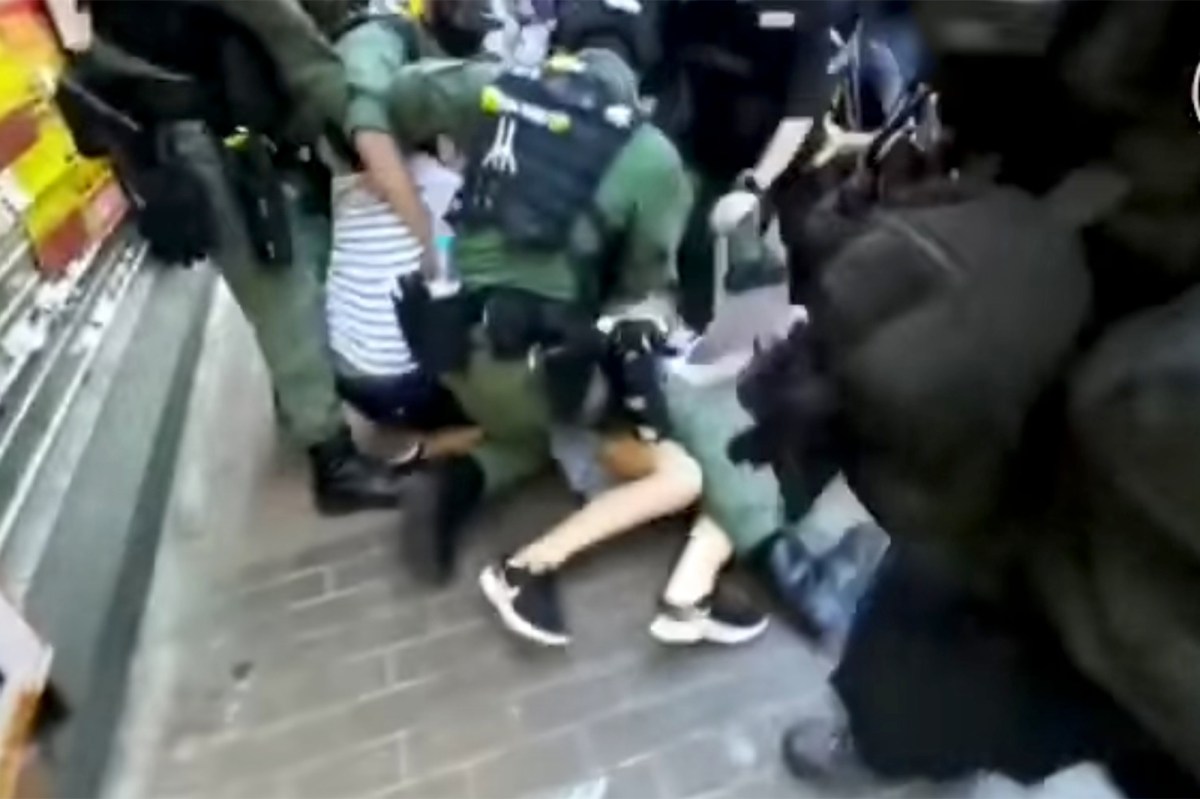 The girl, who is only being identified as Pamela, said she was out buying art supplies with her brother Sunday afternoon when she got caught in the protest crowds in the Mong Kok area, the BBC reported.

“The streets were cut off by police cordons so we had to double back to meet our family … but the police suddenly ran towards us,” she told local media, adding that she “panicked.”

Footage shows two cops approaching her and telling her to stand still before she takes off away from them.

One of the cops tackles her to the ground, while several others work to pin her down, video shows.

Police defended how the officers handled the girl, saying they used “minimum force” after she “ran away in a suspicious manner,” the BBC reported.

They said they later determined that “she and other protesters at the scene were participating in a prohibited group gathering.”

“Their presence at the chaotic protest scenes also endangers their own personal safety,” police said.

The girl’s mother, however, told local media she plans to sue and file a formal complaint against the force, the Guardian reported.

Nearly 300 other people were arrested Sunday in connection with the demonstration, the report said.