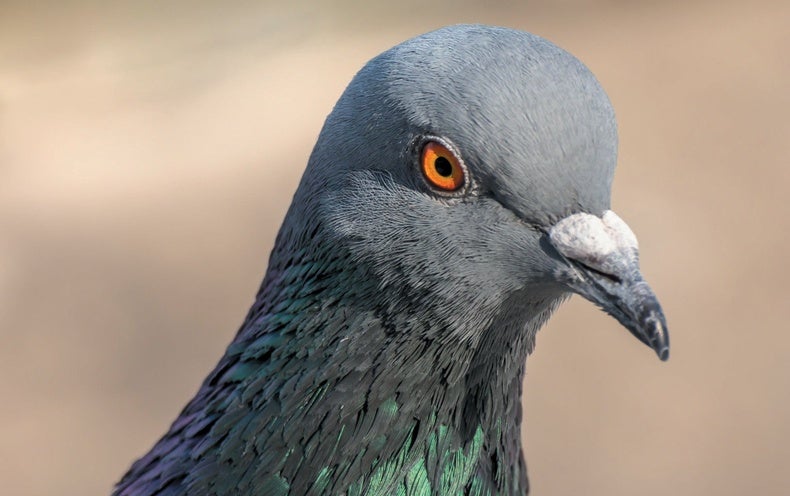 Homing pigeons combine precise internal compasses and memorized landmarks to retrace a path back to their lofts—even four years after the previous time they made the trip, a new study shows.

Testing nonhuman memory retention is challenging; in research studies, “it’s rare that there is a gap of several years between when an animal stores the information and when it is next required to retrieve it,” says University of Oxford zoologist Dora Biro. For a recent study in the Proceedings of the Royal Society B, Biro and her colleagues compared domestic homing pigeons’ paths three or four years after the birds established routes back to their loft from a farm 8.6 kilometers away. The study built on data from a 2016 experiment in which pigeons learned routes in different social contexts during several flights—on their own or with peers that did or did not know the way.

Using data from GPS devices temporarily attached to the birds’ backs, the researchers compared the flight paths a cohort of pigeons took in 2016 with many of the same birds’ routes in 2019 or 2020, without the birds visiting the release site in between. Some birds missed a handful of landmarks along the way, but many others took “strikingly similar” routes to those they used in 2016, says Oxford zoologist and study co-author Julien Collet: “It was … as if the last time they flew there was just the day before, not four years ago.”

The team found that the pigeons remembered a route just as well if they first flew it alone or with others and fared much better than those that had not made the journey in 2016.

The result is not surprising, says Verner Bingman, who studies animal navigation at Bowling Green State University and was not involved with the study. But it provides new confirmation of homing pigeons’ remarkable memory, he says: “It closes the distance a little bit between our egocentric sense of human cognitive abilities and what animals can do.”

Five Decades in the Making: Why It Took Congress So Long to Act on Climate

Some Women Turn to Self-Managed Abortion as Access Recedes