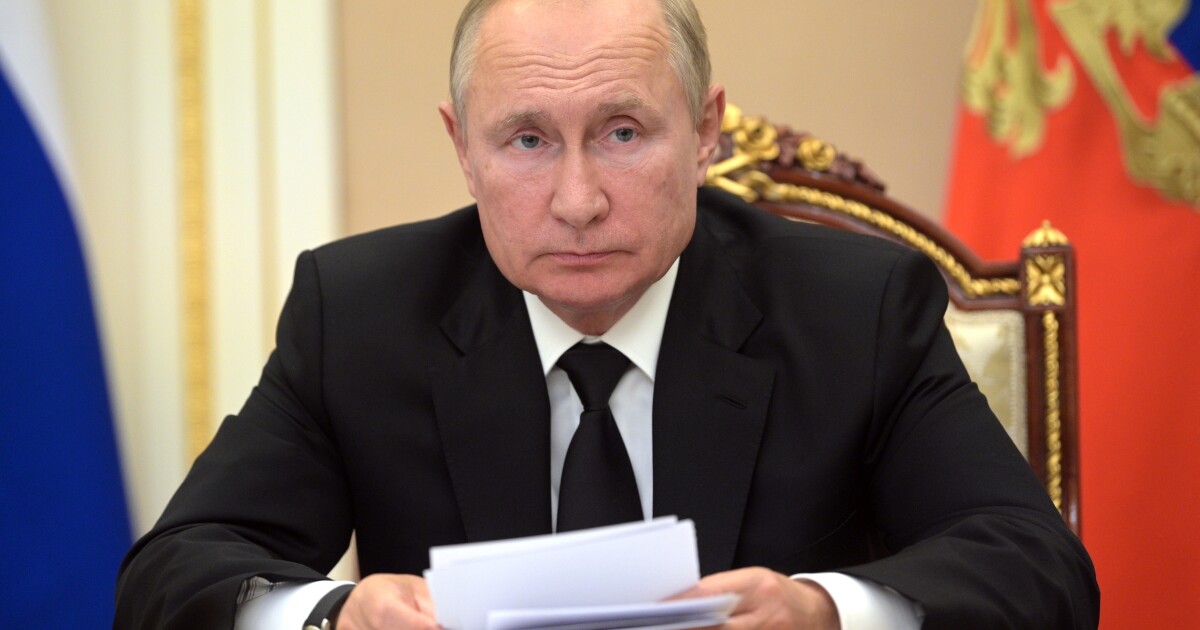 Hundreds of Western businesses and corporations have garnered praise for withdrawing from Russia, even if that entails a hit to their sales and profits.

Now let’s look at the other side of the coin. We’re talking about companies that have resolved to keep operating in Russia.

The “hall of shame,” as Yale business professor Jeffrey Sonnenfeld and his colleague Steven Tian have labeled the roster of corporate responses to Russia’s invasion of Ukraine they’re maintaining, includes 34 companies that are “digging in, defying demands for exit or reduction of activities.”

These brands … thought they were representing Western values and a spirit of freedom and global harmony. They were blind to the signals because of perestroika ideology and the religion of the free market.

The list also includes 74 companies that are scaling back some but not all activities or deferring new investments.

Among the consumer companies identified as “digging in” are the fast food chain Subway; Reebok; Bacardi (makers of its eponymous rum, Dewar’s scotch and Grey Goose vodka, among other brands); the electronics companies LG and Asus; and Natura, owner of Avon cosmetics.

Get the latest from Michael Hiltzik

Commentary on economics and more from a Pulitzer Prize winner.

You may occasionally receive promotional content from the Los Angeles Times.

Some of those firms and others that have scaled back operations have asserted that they’re remaining in place to avoid harming their innocent Russian employees.

That’s the argument made by Dave Robertson, president and chief operating officer of Koch Industries, which is known for its support of far-right politicians in the U.S.

Robertson said that the Koch subsidiary Guardian Industries employs 600 workers at two glass factories in Russia, which will continue to operate.

“We will not walk away from our employees there or hand over these manufacturing facilities to the Russian government so it can operate and benefit from them,” he said Wednesday in a statement. “Doing so would only put our employees there at greater risk and do more harm than good.”

Others say business models that involve licensing or franchise agreements preclude them from promptly or fully shutting down.

That’s the story told by Subway, which says it has about 450 restaurants in Russia, “all independently owned and operated by local franchisees.” Subway says. “We don’t directly control these independent franchisees and their restaurants, and have limited insight into their day-to-day operations.”

Sonnenfeld doesn’t buy those excuses. Allusions to the well-being of their employees are “a cover for cowardice,” he told me. “It’s not a true humanitarian impulse, it’s just recast that way. These are empty, cynical messages about giving a couple of pennies to refugees from Ukraine and saying their hearts and minds are with them.”

As for franchise companies, Sonnenfeld argues they could buy out their franchisees or licensees and exit Russia that way.

The change in the political atmosphere in Russia under Putin seems to have caught Western corporate managements by surprise. That shouldn’t have happened. It was always clear that Russia’s post-Soviet economic and political landscape was unstable at best. Mikhail Gorbachev’s perestroika, or restructuring, yielded to financial lawlessness and the rise of a privileged class of oligarchs resembling organized crime capos.

Corporate managements didn’t know how to react when Putin’s behavior began to inject even worse instability into the Russian environment. “Putin had his pouts and tantrums, but they thought they could just glide through them, that they wouldn’t be a serious threat,” Sonnenfeld says.

“The spirit of perestroika was wildly optimistic,” he says. “These brands — Levi Strauss and Pepsi and McDonald’s — thought they were representing Western values and a spirit of freedom and global harmony. They were blind to the signals because of perestroika ideology and the religion of the free market.”

The harvest has been a sudden rush to the exits that could mean the loss of billions of dollars in long-term investments.

How the sanctions will affect Putin’s policies is unclear. In a video speech Wednesday, Putin acknowledged that the sanctions have caused hardship for Russians.

He depicted them as a foreign effort to weaken Russia: “The collective West is trying to fracture our society, speculating on the socioeconomic consequences of sanctions, provoking a civil confrontation with the goal of the annihilation of Russia.” The experience, he said, “will only strengthen our country.”

Some Western firms haven’t been very specific about the future of their Russian operations. The giant food company Mondelez, which produces Oreo cookies and owns Cadbury chocolate, has said that it’s “scaling back all non-essential activities in Russia while helping maintain continuity of the food supply during the challenging times ahead.”

Mondelez landed on Sonnenfeld’s “scaling back” category, but he doesn’t entirely accept their words. “Oreo cookies and Cadbury chocolates are important staples in my household, but they aren’t required for sustaining life in Russia,” he says. “Even if they were, they should be curtailed — none of this is about a soft landing for the Russians.”

Also unclear is the status of some Western company operations in Russia. Reebok’s Russian-language web page stopped taking orders as of March 9, though customers can still view its product offerings. Individual retail stores, however, will remain open until further notice, the site says.

The most notable companies identified by Sonnenfeld as “digging in” are three major oilfield services firms, all based in Houston: Halliburton, Baker Hughes and Schlumberger.

Russia’s oil and gas industry isn’t currently subject to the full panoply of international sanctions, but it’s dependent on those firms for drilling and production. The U.S. has banned imports of Russian petroleum products and forbidden U.S. companies to make new investments in the Russian industry; the European Union has also banned new capital investments.

Neither the U.S. nor the EU has ordered the oilfield companies to withdraw, but little would keep them from halting their operations in Russia or suspending their partnerships with Russian petroleum companies.

Of the three, only Halliburton has commented publicly about the sanctions. The comments came during a meeting with securities analysts on Jan. 20, when Chief Executive Jeffrey Allen Miller was asked whether the prospect of sanctions would affect “the trajectory of the business in Russia.”

Miller replied, “These are things we’ve seen and done before. Always unfortunate in so many ways for so many people. But from a business perspective, we’ve managed these sorts of things up and down for, I hate to say, nearly 100 years. So these are the kinds of things that we would manage through.”

More than 400 companies have taken firm steps to withdraw from the Russian market.

Among them are 150 that have made clean breaks, suggesting that they may not return. These include law, consulting and accounting firms that haven’t customarily kept capital assets in Russia and therefore could leave easily. But they also include BP and Exxon Mobil, which cut ties with Russian petroleum partners and may find it difficult to restore the severed relationships.

Implicitly or explicitly, they’ve left open the possibility of return, but a reentry point will be elusive as long as the Russian attack on Ukraine continues and possibly as long as Putin remains the Russian leader.

Among companies that are departing or suspending Russian activities are some that were closely identified with the 1990s-era opening of the Russian consumer market to the West — McDonald’s, which started the gold rush with the opening of its first Moscow restaurant in 1990, is closing its more than 840 stores for now.

Pizza Hut, which soon followed, and even aired a commercial featuring Gorbachev, the former Soviet leader, in 1998 (filmed in Moscow but not shown in Russia), is also suspending service at 50 stores. Pizza Hut is owned by Yum! Brands.

As Sonnenfeld and Tian observed in Fortune, continuing to operate in Russia is looking ever more indefensible.

“The leadership and constituencies of at least 400 global companies should feel great pride in their Russian exits,” they wrote. “Then there are those other 34.”