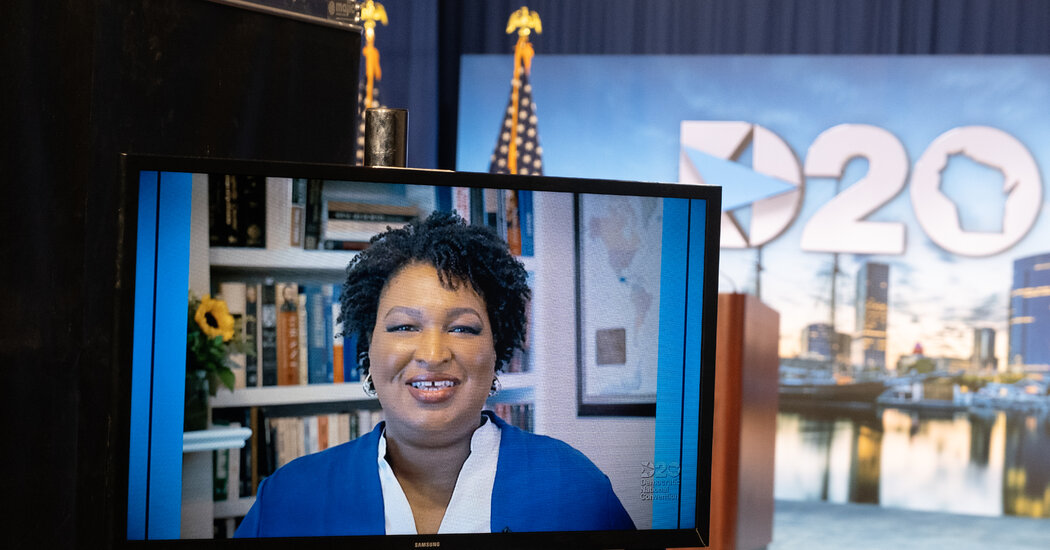 Commiserating over their narrow defeats in the 2016 presidential election and the 2018 Georgia governor’s race, Hillary Clinton and Stacey Abrams warned Democrats that history could repeat itself if they are not prepared to combat voter suppression tactics by the Trump campaign.

In a virtual fund-raising event for their political organizations on Tuesday night, both accused Republicans of trying to intimidate voters into not voting in the upcoming election and said there was a strong probability that Republicans would mount challenges in court if they lose.

“This is what they do,” Mrs. Clinton said. “They try to shrink the electorate.”

Ms. Abrams, a former Georgia legislator whose candidacy for governor made her a star of the Democratic Party, said that the Trump campaign’s recruitment of poll watchers was nothing more than an attempt to disenfranchise minority voters.

“They have recruited 50,000 people who will be deployed as intimidators,” Ms. Abrams said. “Let’s be clear, this isn’t paranoia. They are enemies of democracy.”

Tim Murtaugh, a spokesman for the Trump campaign, dismissed the accusations and said that Democrats were glossing over the record of Joseph R. Biden Jr., their party’s presidential nominee, who was instrumental in the passage of the 1994 crime bill that disproportionately hurt Black Americans, and giving Mr. Biden a pass on his old alliances with segregationist senators.

“That’s an absurd claim,” Mr. Murtaugh said in response to Ms. Abrams’s assertion. “President Trump has made tremendous inroads in the Black community and will vastly increase the percentage of the vote he earns. Joe Biden’s record is one of failure and empty promises, even as he takes Black voters for granted.”

The virtual fund-raiser, moderated by the actress and singer Audra McDonald, supported Onward Together and Fair Fight, political organizations started by Mrs. Clinton and Ms. Abrams.

Ms. Abrams said that Mrs. Clinton, who won the popular vote in 2016 but lost the election, would be president if not for the “racist” and “classist” Electoral College system.

Mrs. Clinton said that Democrats cannot afford to get complacent.

“We know the next 28 days there are going to be a lot of desperate people doing desperate things,” she said. “Fool me once, shame on you. We’re not going to be fooled twice.”