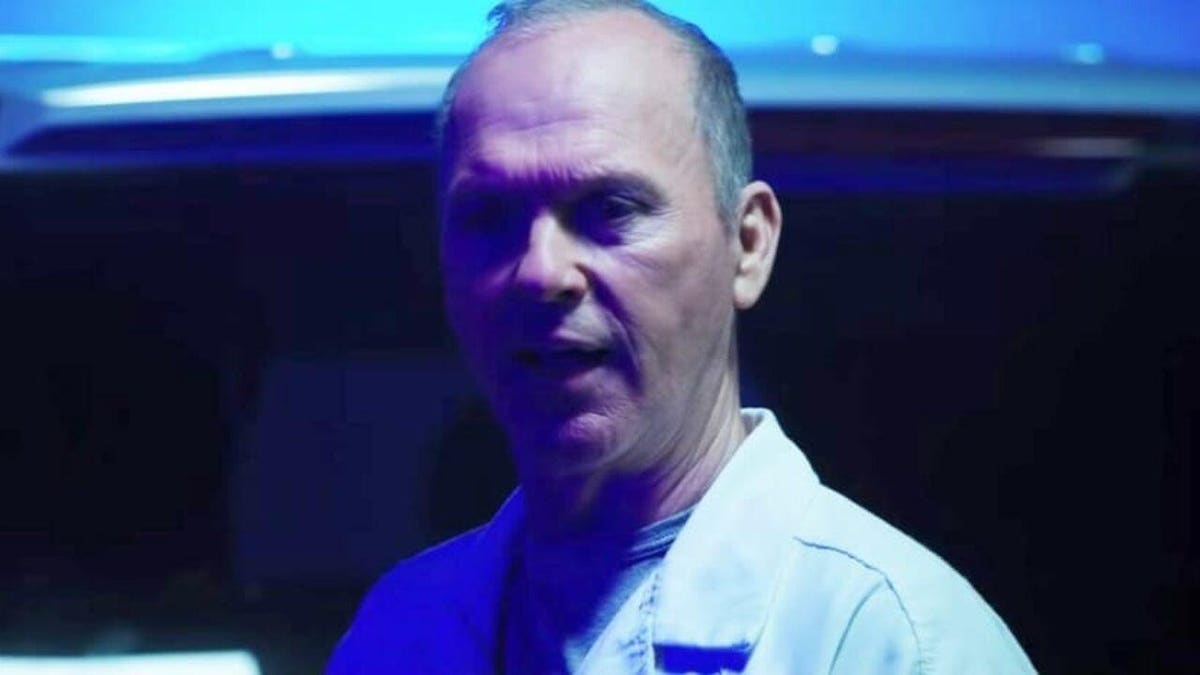 This article was republished on 4/2.

Morbius has arrived and is currently sitting as one of the worst-reviewed superhero movies…ever. That means you may not want to actually see Morbius, but you may be curious about how it relates to Sony’s plans to build out the “Venomverse” and how it relates to MCU characters like Adrian Toomes’ Vulture, seen in the trailer.

That’s where the post-credits scenes come in. And this is a really, really weird situation.

Turns out the trailer already showed parts of these scenes when they revealed that Morbius would interact with Keaton’s Toomes. Then later, the director just came out and said that Vulture would be hopping across universes as a result of Spider-Man: No Way Home.

So I guess spoilers…follow? But not really.

The first post-credits scene has the purple time rift from No Way Home letting Adrian Toomes through it into the Morbius/Venom parallel universe. He’s in jail, but in this universe he’s not a criminal, so he’s let out. We have zero idea why this happens, as the point of the No Way Home rifts was that they pulled people into the MCU and then sent them back where they came from. It makes next to no sense why Toomes would accidentally be thrown into the Venomverse with Morbius, but here we are.

The second post-credits scene is an extension of the first. This is the part we glimpsed in the trailer, as Toomes has the idea that he wants to create a supervillain squad with Morbius and others, the implication being that Sony is building up its own version of Spider-Man’s Sinister Six. Morbius doesn’t answer before the screen cuts to black.

We are in weird territory here where Sony is now making Spider-Man supervillain movies while loaning out actual Spider-Man to Disney. They are making movies like Morbius and Venom and the upcoming Kraven movie so they don’t lose the rights to Spider-Man, as currently the way things work, that’s what’s demanded of them to hold onto them. Don’t even try to wrap your head around how stupid that sounds, but that’s copyright law.

The idea is that they are building a supervillain squad to do…what, exactly? I can’t tell if they’re going to have their own universe’s versions of Spider-Man, whether that’s say, bringing in Andrew Garfield’s or making a brand new one, or figuring out a way to throw the Sony Spider-verse into the MCU in more than just the Venom cameo we got in the No Way Home credits scene. But with the way this has gone so far, I doubt Kevin Feige is eager to welcome Morbius and others in with open arms.

All of this seems…pretty poorly mapped out at the moment, including Toomes’ clumsy inclusion here in the post-credits sequence which was advertised as a main selling point of the movie in order to generate “oh hey Morbius is connected to the MCU!” buzz, which seems pretty misleading now. It’s more like they stole Toomes from the MCU rather than added Morbius to the MCU, which was more the original implication. Weird stuff, we’ll see what happens with Kraven and Madame Web next.

The mystery around the weirdness and badness of the Morbius post-credits scenes continues to deepen, and there are now theories about what exactly happened here. It seems the very, very large amount of delays which pushed Morbius to be released after Spider-Man: No Way Home is what caused these final scenes to be so seemingly random.

Originally, it seems as if Toomes and Morbius’ interaction was supposed to take place in a different context, which is why some of the lines from the trailer did not make it into the final film. It also may have been the plan that Morbius was supposed to be taking place in the MCU where Toomes existed, rather than this strange idea of Toomes being thrown into the Morbius universe, which is what the final product went with.

A main problem with the way things were changed was that because everything got carved up and was forced to integrate the events of No Way Home means that almost nothing about it makes sense. For instance, Toomes should really have no idea that him being thrown into a parallel universe has anything at all to do with Spider-Man, particularly if he was just sitting in jail when the whole multiverse thing happened. The public didn’t know the multiverse stuff was directly connected to Spider-Man, so why would Toomes know that?

Second, why would Morbius care about teaming up with Toomes against Spider-Man? Has Morbius ever even heard of Spider-Man? There are hints that yes, a Spider-Man exists in the Morbius universe, but he’s not involved in the Morbius storyline, so…why exactly does this recruitment make sense? How would Toomes even find Morbius in the first place or think he’d want to join him? Literally nothing at all about this makes any amount of sense the more you think about it, and the delay of the film made all of this much, much worse. I think we need some clarity from the director, Leto or even Kevin Feige about what on earth actually happened here, and where this universe is supposed to be going from here.

Pick up my sci-fi novels the Herokiller series and The Earthborn Trilogy.