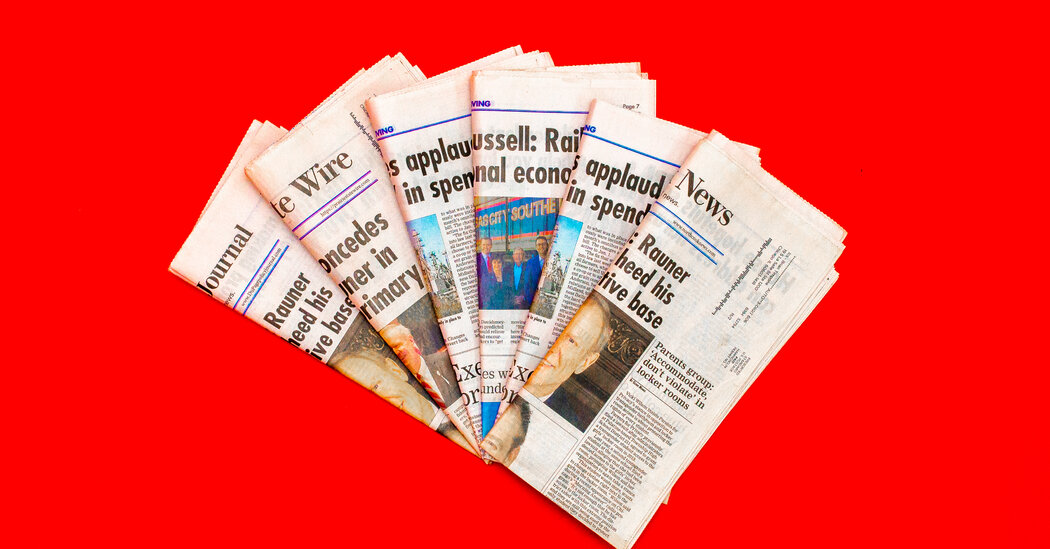 A fast-growing network of nearly 1,300 websites is filling a void left by vanishing local newspapers across the country. But many of their stories are ordered up by conservative political groups and corporate P.R. firms, a Times investigation found.

We are publishing the names of those sites so readers can see whether the sites target their area.

We compiled the list with the help of Global Disinformation Index, an internet research group, which analyzed Google advertising and analytics data imprinted in the sites’ digital codes to find links between the sites. We then confirmed that sites belonged to the network by analyzing their layouts, bylines, privacy policies and “About” pages, as well as by interviewing employees and examining internal records of the companies behind the sites.

The network is run under a web of companies, though it is largely overseen by Brian Timpone, a former TV reporter who has sought to capitalize on the decline of local news organizations for nearly two decades. Mr. Timpone did not respond to multiple requests for comment.

As a guide, the different segments of the network include nearly 1,000 local news sites under the Metric Media brand; more than 50 business news sites; 34 news sites in Illinois under the Local Government Information Services brand; and 11 legal-news sites owned by a U.S. Chamber of Commerce group.

Some of the sites are dormant, and we culled ones from our list that are now defunct. In the past, dormant sites have sprung to life when news hit the region they target, like what happened with the Kenosha Reporter site after protests broke out in Kenosha, Wis., over the police killing of an unarmed Black man there.

Make a Parachute Out of Newspaper

Inside the Fight for the Future of The Wall Street Journal