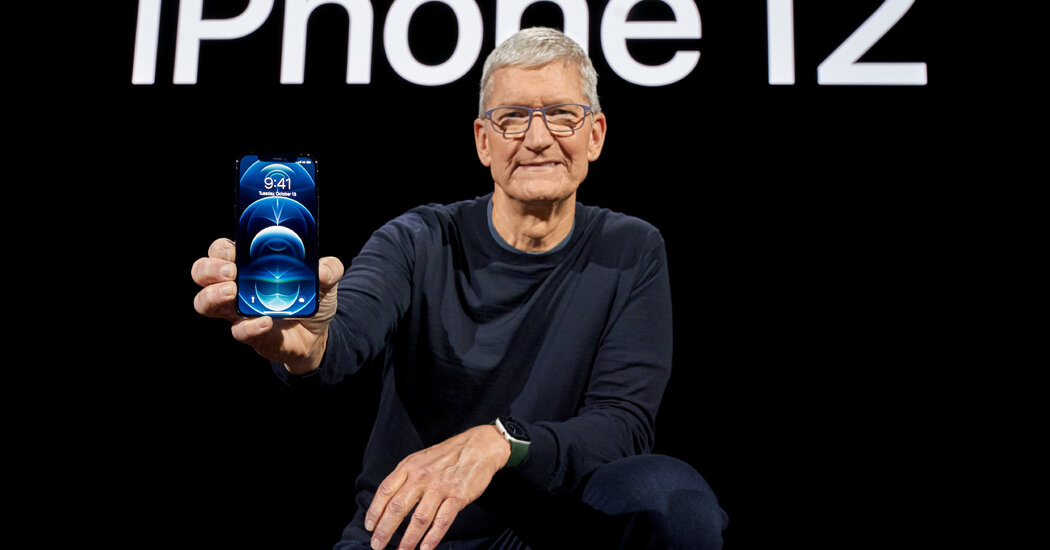 The iPhone 12, the successor to last year’s iPhone 11, has arrived with an improved screen and faster chip, among other improvements.

Tim Cook, Apple’s chief executive, took the wraps off the new device on Tuesday and emphasized that it has the capability to run on 5G next-generation cellular networks, for much faster speeds.

The new iPhone is also 11 percent thinner, 15 percent smaller and 16 percent lighter than its predecessor. It has smooth, flat edges, unlike the round corners of past models. The screen uses OLED, a brighter display technology that replaces the older LCD technology in the last entry-level iPhone. Apple said it also toughened the glass of the touch screen, making it four times more likely to survive a drop.

The iPhone 12 will also come in two screen sizes: 5.4 inches and 6.1 inches. The smaller model, called iPhone 12 Mini, may appeal to people who prefer smaller phones.

Apple also introduced upgrades for its iPhone Pro models, its more expensive smartphones. The premium models have an extra camera lens, and their processors are slightly more powerful for taking special photos with extra high-resolution, which Apple calls “deep fusion.” They also include a Lidar scanner, which is a depth sensor that uses lasers to scan 3-D objects, which could improve augmented-reality applications.

Mr. Cook talked at length about the speed improvements of 5G, calling it “super fast” and offering a “new level of performance for downloads and uploads.” But notably, his description lacked specificity: He did not say how much faster 5G was than current 4G phones, which many would already consider to be super fast.

Hans Vestberg, chief executive of Verizon, joined Apple to talk about 5G, highlighting its peak speeds. But those peak speeds will not be available in most of the nation. The current nationwide 5G coverage is only incrementally faster, if at all, than what we have with 4G.

So here’s the upshot: The design changes to the newest iPhones are, in the near term, more remarkable than the addition of 5G.

Nonetheless, Apple, and other handset makers including Google and Samsung are working emphasizing 5G in their new phones to help carriers communicate the network shift to consumers.

As an aside, Apple said it would stop including headphones and power chargers with its iPhones. It framed the move as an environmental decision, which also will likely save it money and spur people to spend more for those accessories. Apple said iPhones would instead come with a USB-C cable, which will enable faster charging.