Heavy, wet snow shows another side of spring in New England 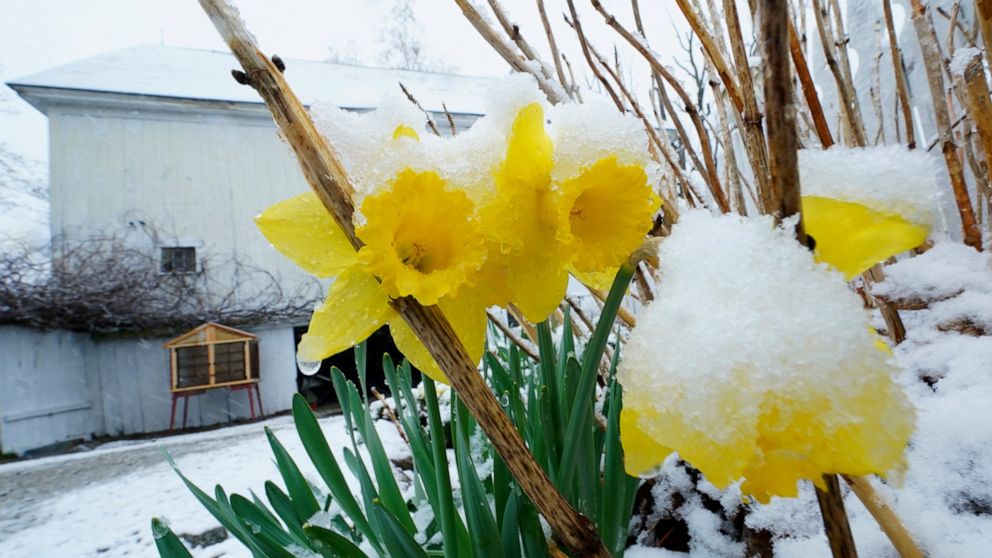 New Englanders who had enjoyed an early spring are getting a kick in the seat of the pants with a storm packing powerful gusts, rain and heavy, wet snow

BOSTON — New Englanders who had enjoyed an early spring were brought back to a cold, blustery reality Friday with a storm packing powerful wind gusts, lashing rain and heavy, wet snow.

More than a foot of snow piled up Spofford in western New Hampshire, and wind gusts hit 60 mph (96 kph) at the Isles of Shoals about 6 miles (10 kilometers) off the New Hampshire Coast, according to the National Weather Service.

The wind and heavy snow caused sporadic power outages and created slippery conditions. In Maine, three vehicles hydroplaned and crashed in a period of an hour on the Maine Turnpike before the rain turned to snow. One of them burst into flames; the driver escaped without injury.

Winter weather warnings or advisories were posted for large swaths of Vermont, New Hampshire, Maine and Massachusetts. The storm was expected to linger in some areas into Saturday.

Blooming flowers that quickly became covered in snow demonstrated how quickly the weather can change in New England.

But late-season snowfall isn’t unusual. The region sometimes sees snowfall in May.

This story has been corrected to show that the town in Massachusetts was Ashfield, not Ashford.