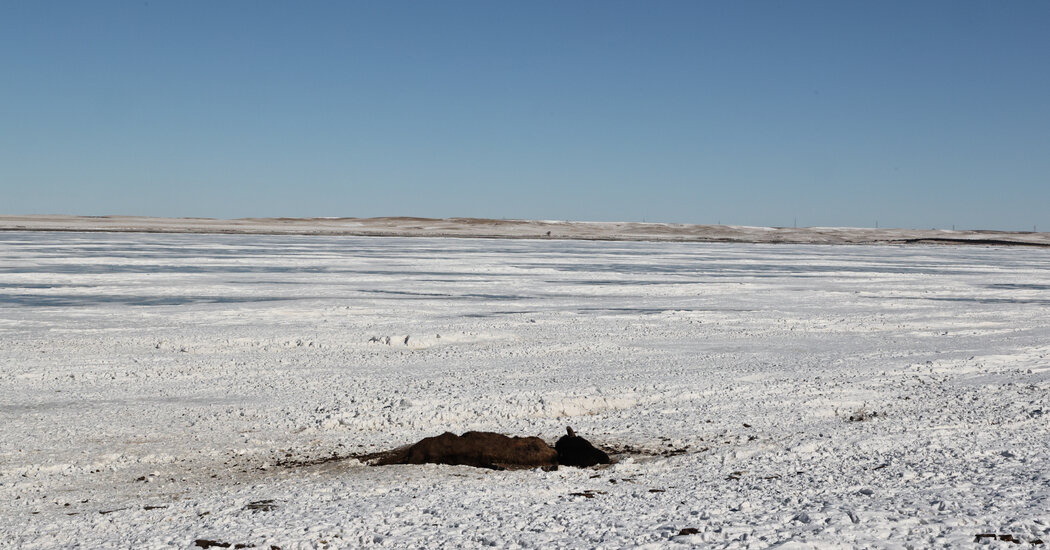 Jeff Martin, who grew up on a buffalo ranch in Wisconsin and now studies the animals at South Dakota State University, said there was a link between the growing number of cases and the warming climate, which can cause stress for buffalo, weakening their immune systems and making them more susceptible to infections. The Northern Plains, where many of the outbreaks have emerged, have experienced severe drought in recent years.

“This is just one of the expected outcomes of climate change worsening: drought, getting hotter, wildfires,” said Dr. Martin, the research director at South Dakota State’s Center of Excellence for Bison Studies.

The buffalo is integral to the Lakota Sioux creation story, said Richard Williams, a consultant on Native American issues who is Oglala Lakota and Cheyenne. Lakota people, who for centuries migrated across the Plains with the buffalo, and who were sustained by its meat, consider the buffalo a relative.

“We believe that the strength of our people, the strength of our relationship in the world, was tied to the well-being of buffalo,” Mr. Williams said. Seeing the animals die from disease in large numbers, he said, is painful. “This is scary. This makes us nervous. What does this mean? What is the future of this? And why don’t we have more attention to it?”

Mr. DuBray, whose livelihood comes from raising buffalo, said that his business had already suffered as a result of the outbreak, a hardship he expected to worsen as he spoke publicly about his experience. It was a risk he was willing to take, he said, to help the species.

Recently, as he drove a utility terrain vehicle across his pasture, which stretches for miles through rolling hills and riverbeds, he scanned the horizon for buffalo standing by themselves, or limping, or coughing — all signs of an infection. There were many.