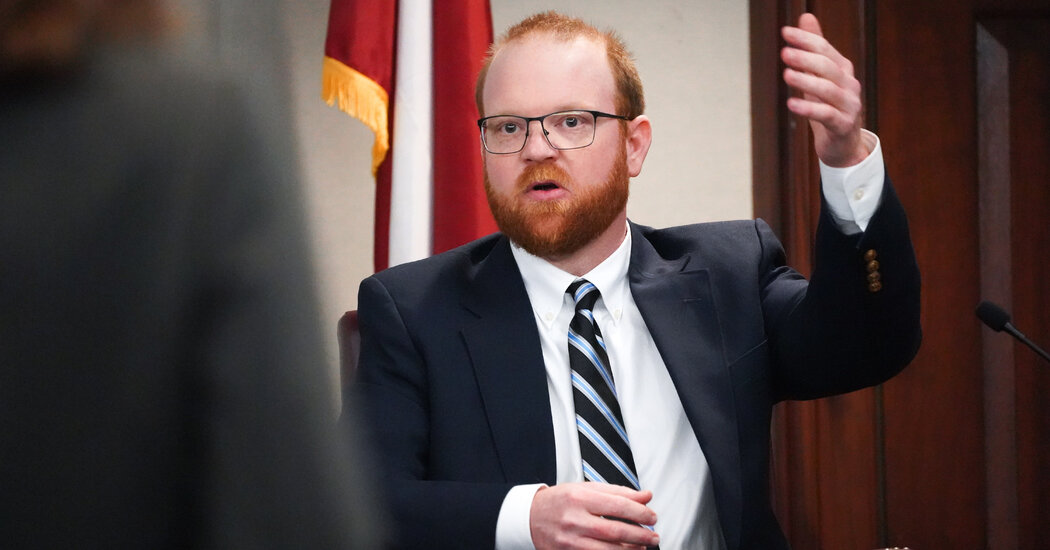 A.J. Balbo, a lawyer for Greg McMichael, noted that the police had on previous occasions shown Mr. McMichael surveillance videos of Mr. Arbery inside of a house under construction near the McMichaels’ home. That meant Mr. McMichael recognized Mr. Arbery on the afternoon of Feb. 23, 2020, when Mr. Arbery ran past him.

“When he’s in his driveway and he looks up, he may not have known Mr. Arbery’s name, but he knew who he was,” Mr. Balbo said of Mr. McMichael.

Mr. Balbo offered the jury a hypothetical: What if a Black man who did not look like Mr. Arbery had run down the street that day — a 350-pound man, say, with a tall mohawk? Mr. Balbo contended that Mr. McMichael would not have chased after such a man.

Mr. Balbo also noted that there was no evidence presented at trial that his client had used racial slurs, although he had made racially provocative statements. At trial, investigators noted that they were unable to fully search Mr. McMichael’s encrypted cellphone for digital evidence of past behavior.

Notably, jurors in the case were not made aware that Mr. Bryan had told investigators that Travis McMichael had used a racist slur in the moments after he shot Mr. Arbery. That crucial detail, refuted by Mr. McMichael’s lawyers, was likely not introduced because Mr. Bryan exercised his Fifth Amendment right not to take the witness stand.

That, in turn, would have deprived Mr. McMichael of his Sixth Amendment right to confront his accuser.