Has Trump handicapped his party’s efforts on absentee voting? 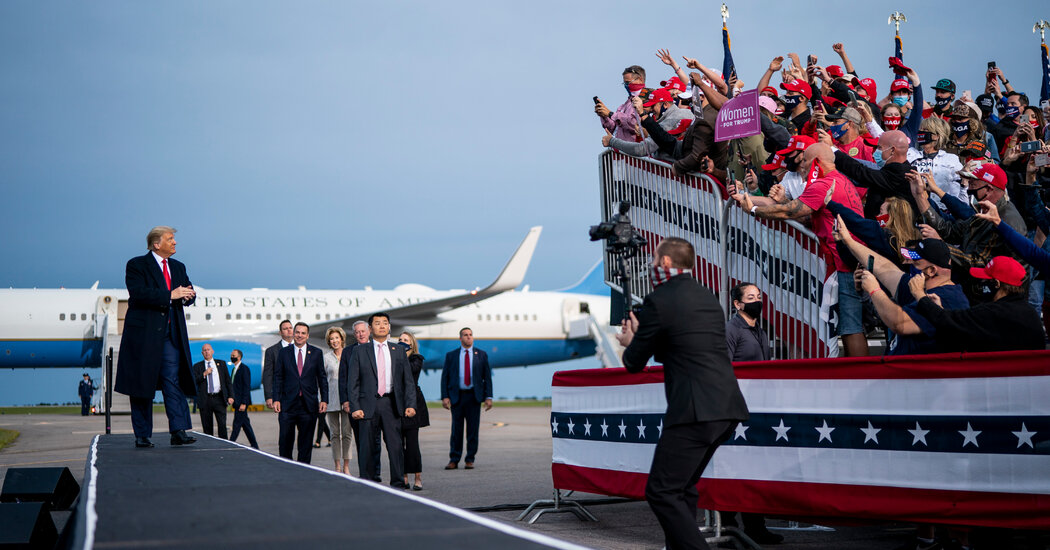 The North Carolina Republican Party spent $213,000 on glossy mailers sent out in August to voters believed to be supporters of President Trump.

“Urgent Notice,” the mailers warned, alongside a photo of the president. On the flip side, voters found a tear-off application for an absentee ballot.

“Are you going to let the Democrats silence you?” the mailers asked, urging Republicans to fill out the application and send it in to obtain a mail-in ballot.

Similar appeals have flooded mailboxes in Georgia, Ohio, Texas, Wisconsin and other battleground states, part of a multimillion-dollar effort by state Republican parties to promote absentee voting, reinforced by text-message blasts and robocalls from Mr. Trump’s campaign and its surrogates.

Yet those efforts may have been undercut by Mr. Trump himself, whose repeated assertions that the mail-in voting is rigged, including several focusing on North Carolina, may have scared away his own supporters. His messaging could be one reason Republicans lag far behind Democrats in requesting mail ballots in North Carolina and elsewhere, experts said.

“It’s unbelievable and obviously at cross purposes with maximizing the Republican vote,” said Bill Weld, a former Republican governor of Massachusetts who challenged Mr. Trump for the Republican nomination this year. “The president is definitely inflicting a leak below the water line.”