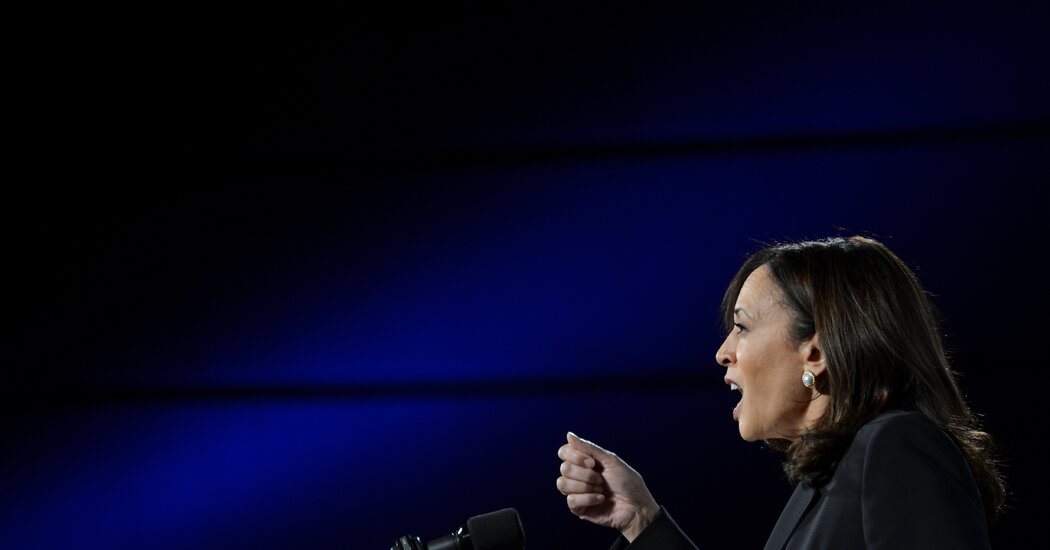 Kamala Harris, the Democratic vice-presidential nominee, said that no one who refuses to wear a mask would “be punished” if she and presidential nominee Joseph R. Biden Jr. were to implement a national mask mandate to combat the spread of the coronavirus.

In an interview that aired Friday on NBC’s TODAY, Ms. Harris framed the mask requirement she and Mr. Biden have called for as more of “a standard” than a mandate.

“I mean, nobody’s going to be punished,” for not wearing a mask, she said. “Come on.”

“Nobody likes to wear a mask. This is a universal feeling, right?” she added. “The point is this is: This is what we, as responsible people who love our neighbor — we have to just do that right now. God willing, it won’t be forever.”

Shortly after Mr. Biden selected Ms. Harris as his running mate, the pair sought to draw an immediate policy contrast with President Trump, saying that every American should wear a mask while outside for at least the next three months, and that all governors should mandate mask wearing. Ms. Harris’s remarks on Friday offered more clarity around how a Biden-Harris administration would implement such a proposal.

Mr. Biden has attacked Mr. Trump for months over his handling of the pandemic, which has killed more than 180,000 Americans and upended the economy. He has specifically sought to hammer the mask issue given that the president resisted wearing a mask for months before shifting his stance and endorsing the use of masks last month.

Mr. Trump, who has ignored or mischaracterized scientific data throughout the pandemic, has brushed aside his opponents’ call for a mask mandate, calling it “anti-scientific.” He has also argued that imposing such a requirement would overstep individual freedoms.

In accepting the Republican nomination on Thursday night, Mr. Trump spoke for more than an hour before a crowded and mostly maskless audience outside the White House.