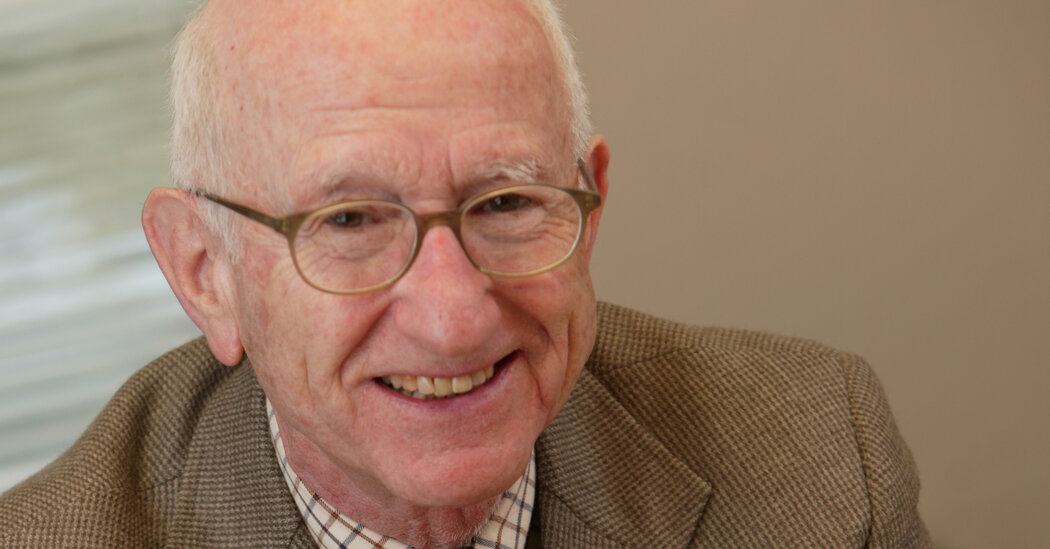 Hans A. Linde, a prolific legal scholar who served on the Oregon Supreme Court and made groundbreaking arguments about the role that state constitutions can play in guarding civil liberties, died on Monday in Portland. He was 96.

His death was confirmed by his son, David, the chief executive of the film and television production company Participant.

“Hans Linde was an iconoclastic, original thinker, whose innovative ideas that state constitutions might afford greater protections than the federal Constitution, and that courts need to have an understanding of the legislative and administrative processes, are now conventional wisdom,” Judge Robert A. Katzmann of the United States Court of Appeals for the Second Circuit, in New York, said in an email.

In the early 1970s, as the U.S. Supreme Court grew more conservative following President Richard M. Nixon’s appointment of four justices, Justice Linde published articles urging lawyers to bring civil rights cases in state courts and to make arguments grounded in the provisions of state constitutions. Those provisions often offered protections beyond those guaranteed by the federal Bill of Rights, he wrote, and decisions made on purely state-law grounds are generally not subject to review by the U.S. Supreme Court.

“Much of the stuff that goes to the Supreme Court would never have to go there,” Justice Linde said in an interview with The New York Times in 1990, the year he retired from the bench, “if lawyers abandoned this notion that the federal courts are the big leagues and the state courts are the farm teams.”

Lawyers listened. Many of the gay rights movement’s early judicial victories, for instance, were won in state courts.

That approach became known as the “new judicial federalism,” and Justice Linde is widely recognized as its most important theorist. The cause was mostly led by liberals dismayed by the Supreme Court’s rightward shift after Earl Warren was replaced as chief justice by Warren E. Burger in 1969.

Justice William J. Brennan Jr., a longtime leader of the court’s liberal wing, was a notable champion of the movement, setting out his arguments in a 1977 article in Harvard Law Review entitled “State Constitutions and the Protection of Individual Rights.”

But Justice Linde’s basic point is neither liberal nor conservative, and Judge Jeffrey S. Sutton, a generally conservative member of the U.S. Court of Appeals for the Sixth Circuit, in Cincinnati, explored it in a recent book, “51 Imperfect Solutions: States and the Making of American Constitutional Law” (2018).

Justice Linde often said that he did not want to be remembered as a “one-issue judge,” and his admirers agreed.

“Justice Linde’s oversight of the resuscitation of state constitutional law, even were it his only contribution to the legal field, would undoubtedly be enough of a mark for any talented judge to leave on the law,” Judge Patricia M. Wald, then a judge on the U.S. Court of Appeals for the District of Columbia Circuit, wrote in a 1996 review of a collection of his essays and opinions. But there was much more, Judge Wall wrote, all of it a product of “patient genius.”

“Hans Linde was one of the giants of the American judiciary,” the Harvard law professor Laurence H. Tribe said by email. “His brilliant work both as a law professor, and for a little over a dozen years as a justice on Oregon’s highest court, addressed not just important issues of state law but also unsettled questions of federal constitutional law in a series of opinions, articles and books that were justly influential throughout the nation and ultimately the world.”

Justice Linde was appointed to the Oregon Supreme Court in 1977 and ran unopposed for a full six-year term in 1978. But in 1984, he faced challengers who argued that his decisions recognizing the rights of criminal defendants under the Oregon Constitution meant that he was soft on crime.

Justice Linde prevailed in the election, but the experience left him wary of the idea that judges should be politically accountable to the public.

“To the rest of the world,” he said at a 1988 symposium on judicial selection, “American adherence to judicial elections is as incomprehensible as our rejection of the metric system.”

The family moved to Copenhagen in 1933 and to Portland in 1939. The future justice graduated from Reed College and earned a law degree from the University of California in Berkeley.

He spent time in Washington, as a law clerk to Justice William O. Douglas, as a lawyer with the State Department and as an aide to Senator Richard L. Neuberger of Oregon, a Democrat. In 1959 he joined the law faculty of the University of Oregon, where he taught until he joined the bench.

In addition to his son, Justice Linde is survived by his wife, Helen (Tucker) Linde; his daughter, Lisa; and two grandchildren. He lived in Portland.

“By the sheer force of his intellect and the gravitas of his court opinions and scholarship, the judge’s writings attracted widespread notice in the legal profession at a time when almost all attention was focused on the work of federal judges,” Mr. Collins said. “Part of the greatness of his legacy is that, contrary to the common practice, law clerks did not draft his opinions — he wrote all of them himself, and on an old Underwood manual typewriter.”

Democrats Are Poised to Expand House Majority in GOP Turf