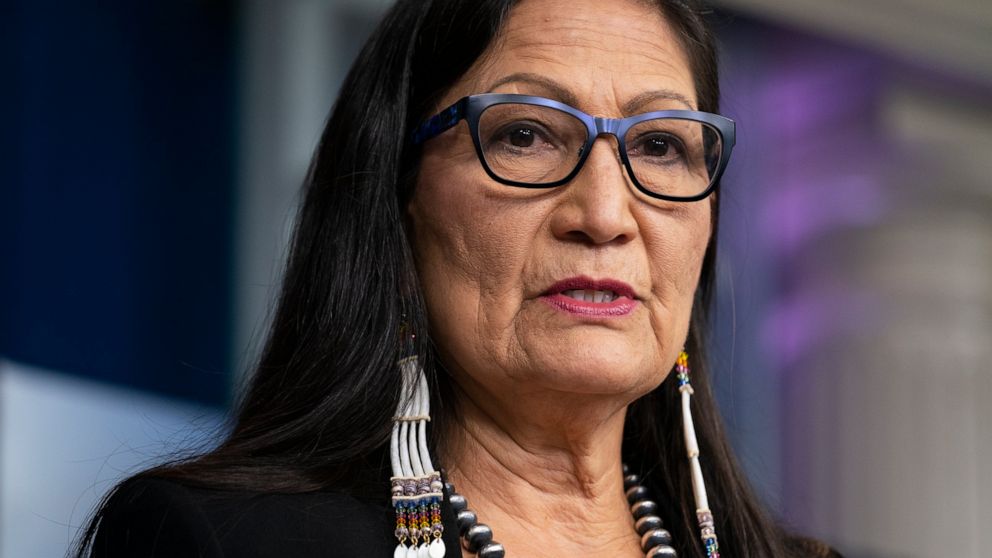 SALT LAKE CITY — Interior Secretary Deb Haaland has made her recommendation about whether to reverse former President Donald Trump’s decision to downsize two sprawling national monuments in Utah, but details of her decision were not released.

The Interior Department gave her report to President Joe Biden on Wednesday, according to a court filing Thursday in a legal battle that began more than three years ago after Trump’s decision.

U.S. Department of Justice attorneys mentioned the report as part of a request to have until July 13 to address the judge’s question about whether the legal battle has become a moot point.

Interior Department spokeswoman Melissa Schwartz declined to provide any information about the report.

Haaland traveled to Utah to visit the monuments in April as she became the latest cabinet official to step into a public lands tug-of-war that has gone on for years. She is the first Indigenous official to get involved in the decision.

A string of U.S. officials has heard from advocates for expanding national monuments to protect archaeological and cultural sites, and from opponents who see such moves as federal overreach.

Biden asked Haaland to research whether the boundaries of Bears Ears National Monument and Grand Staircase-Escalante should be restored. Native American tribes supported the creation of Bears Ears by President Barack Obama, but Republican state leaders opposed it. Grand Staircase is older but has long been a point of contention for conservative state leaders who consider both monuments U.S. government overreach.

Bears Ears was downsized by 85% and Grand Staircase-Escalante cut by nearly half under the Trump administration.

The reductions paved the way for potential coal mining and oil and gas drilling on lands that used to be off-limits, though such activity has been limited because of market dynamics.

Interior officials told Utah Gov. Spencer Cox that the report had been given to the White House but didn’t provide any information about the findings, said his spokeswoman, Jennifer Napier-Pearce.

Cox and other prominent Utah Republicans, including U.S. Sen. Mitt Romney, have expressed concern with the review. They met with Haaland on her visit. Cox has said the state would likely sue if the monuments are enlarged without approval from Congress.

Pat Gonzales-Rogers, executive director of the Bears Ears Inter-Tribal Coalition, said the group found out about the report being done from the court filing and hasn’t been provided any additional information. The coalition remains hopeful that the Biden administration will reverse Trump’s decision.

“We’re standing on the sidelines, but with great optimism,” Gonzales-Rogers said.