Gunman Kills His 3 Children in a Sacramento County Church 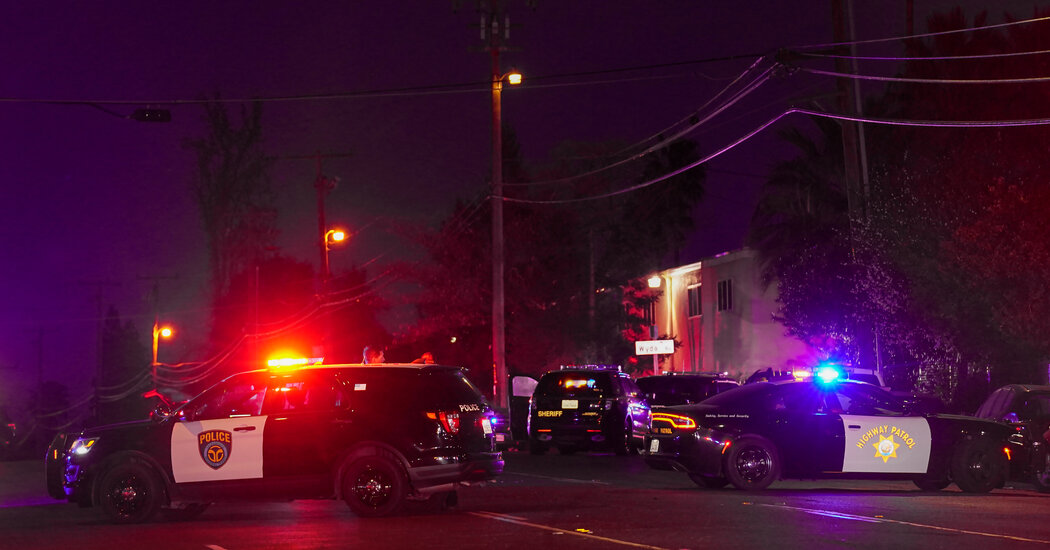 Four people including three children under 15 were shot to death at a church outside Sacramento, Calif., on Monday afternoon, according to local officials.

The gunman, described as the children’s father, fatally shot himself, said Sgt. Rod Grassmann, a spokesman for the Sacramento County Sheriff’s Office.

No details were immediately available about the other victim.

“This is, as far as I can see, at this point a domestic-violence-related sort of incident,” Sergeant Grassmann told reporters on Monday evening.

It was unclear how many other people were at the church or why they were there, he said. The church had been holding its weekly services online because of the coronavirus pandemic, according to its website.

The church, which lists phone numbers for English, Chinese and Spanish speakers, is just east of the city, in a diverse and densely populated suburban area. It appears to be nondenominational and calls itself “the church in Sacramento.”

Somebody else who was in the building called the authorities after hearing gunshots around 5 p.m., Sergeant Grassmann said.

“There will be a lot of physical evidence that needs to be collected,” the sergeant said. “You can count on that we will be out here for the night.”

Gov. Gavin Newsom of California said on Twitter that the shooting was “another senseless act of gun violence in America.”

“This time in our backyard,” he said. “In a church with kids inside. Absolutely devastating. Our hearts go out to the victims, their families and their communities.”

Mayor Darrell Steinberg posted on Twitter that he was “heartbroken by another senseless act of gun violence and the killing of children.”