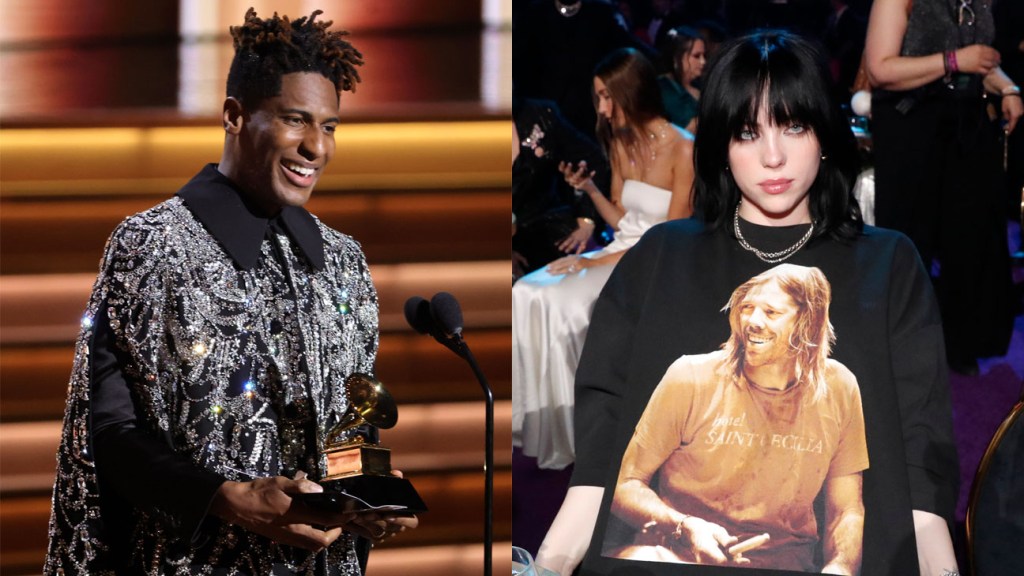 Two years ago, Billie Eilish made history at the Grammys by becoming the youngest artist to sweep the four general field categories — album, record and song of the year and best new artist. And this year, a number of experts predicted that Olivia Rodrigo could follow in Eilish’s footsteps or at least capture a few of the big four awards.

But instead, of those four awards, Rodrigo only won best new artist, with the Sour singer-songwriter picking up three more awards, though not in the general field categories, at the 2022 Grammys. And, what’s more, Eilish, who recently won the Oscar for best original song, and has won seven Grammys over the course of her young career, failed to win any Grammys this year despite earning seven nominations.

Rodrigo, meanwhile, had been tapped to possibly win in record and song of the year, but both of those awards went to Silk Sonic in what Anderson .Paak called a “clean sweep,” after accepting the record of the year prize, with Silk Sonic winning Grammys for all four of the group’s nominated projects.

Silk Sonic’s sweep was somewhat of a surprise as they weren’t predicted by many experts to take home record of the year or song of the year.

But Jon Batiste’s win in the top category of album of the year, the final award of the night, was arguably a bigger surprise. Though Batiste was this year’s top nominee, with 11 nods, and he won four more awards over the course of Sunday’s awards ceremonies, Grammys experts didn’t predict he’d win the top prize, instead arguing it would likely go to Lady Gaga and Tony Bennett or Rodrigo.

Another one of the 2022 Grammys’ biggest surprises happened in the non-televised Premiere Ceremony, where the majority of awards are presented, when Louis C.K. won for best comedy album for his stand-up special in which he addressed the sexual misconduct allegations against him.

During the main telecast, top nominee Doja Cat raced back to the stage for her moment in the winners circle for best pop duo/group performance but a number of other top nominees went home empty-handed, including her fellow eight-time nominee Justin Bieber and five-time nominee Lil Nas X, who some experts had predicted would win best music video.

And H.E.R., who last year won song of the year, only won one award from her eight nominations.