Graham, Once a Backer of Jackson, Says He Will Oppose Her Confirmation 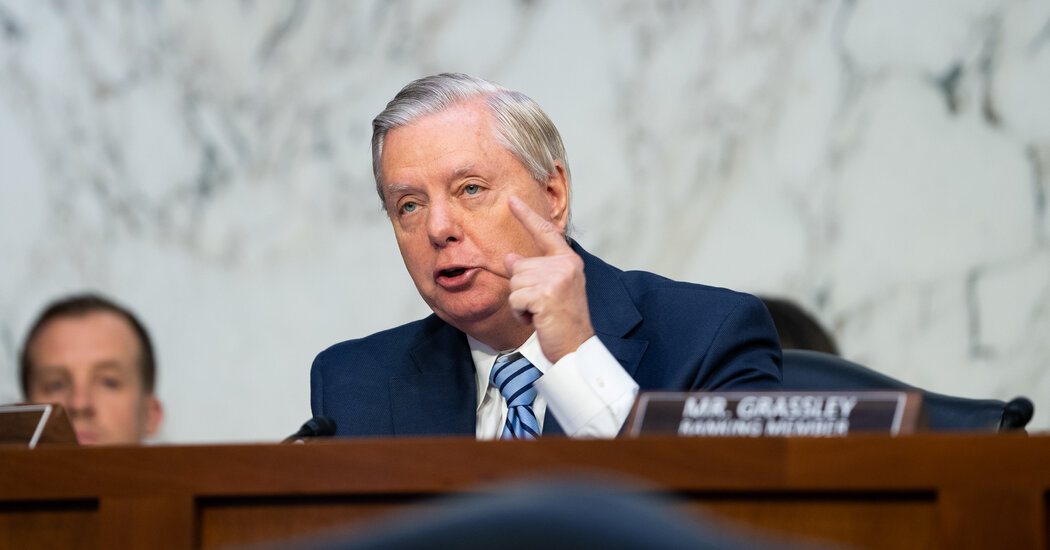 WASHINGTON — Senator Lindsey Graham, Republican of South Carolina, said on Thursday that he planned to vote against the confirmation of Judge Ketanji Brown Jackson to the Supreme Court, calling her an “activist judge” who ignored the law to achieve the outcomes she wanted.

In a lengthy presentation on the Senate floor, Mr. Graham painted Judge Jackson — President Biden’s nominee for the court and the first Black woman to be put forward for the post — as dangerous and motivated by progressive bias. It was a reversal for the senator, who has prided himself on his past willingness to support Supreme Court nominees chosen by Democrats, and who was one of three Republicans who voted less than a year ago to elevate Judge Jackson to the influential U.S. Court of Appeals for the District of Columbia Circuit.

At the time, Mr. Graham said he was convinced that “Judge Jackson will not be deterred by the plain meaning of the law when it comes to liberal causes.” But on Thursday, he branded her as a partisan, saying she was “an evasive witness” during her confirmation hearings. “I now know why Judge Jackson was the favorite of the radical left,” he said.

“Here’s where we’re at in 2022,” Mr. Graham continued. “The only person qualified to go to the Supreme Court as an African American woman is a liberal. You can be equally qualified as a conservative, but you need not apply because your ideology disqualifies you.”

It was the first time that Mr. Graham, a political chameleon who transformed himself from one of President Donald J. Trump’s chief antagonists to one of his most enthusiastic enablers, has indicated that he would vote against a Supreme Court nominee put forth by a president of either party. He supported Justices Sonia Sotomayor and Elena Kagan, who were named by President Barack Obama, and he had been viewed early on as someone who might support Mr. Biden’s nominee as well.

Still, Mr. Graham’s planned “no” vote did not come as a surprise after his aggressive questioning of Judge Jackson during her confirmation hearings last week. He peppered her with loaded rhetorical questions, frequently interrupted her with lengthy lectures and pressed her about why she had not been tougher on consumers of child sex abuse images, saying that his view was, “put their ass in jail.”

On Thursday, Mr. Graham came to the Senate floor with oversized slides about child sexual abuse cases and expressed concerns about what he characterized as her lenient sentencing record on the issue.

The critique that Judge Jackson had been “soft” on child sex abusers, pushed by Senator Josh Hawley, Republican of Missouri, became one of the main lines of attack during her confirmation hearings. The New York Times and multiple news organizations fact-checked the charge and found it misleading, noting that Judge Jackson had generally followed common sentencing practices and recommended penalties supported unanimously by a bipartisan federal commission.

Mr. Graham had been a vocal supporter of Judge J. Michelle Childs, a Federal District Court judge in his home state who was on Mr. Biden’s short list.

Senator Shelley Moore Capito, Republican of West Virginia, also said in a statement on Thursday that she planned to vote against Judge Jackson’s confirmation. She said she had concerns that the nominee “could not define her judicial philosophy.”

On Wednesday, Senator Susan Collins of Maine, another of the three Republicans who had backed Judge Jackson for her current post, said she planned to vote to confirm the judge to the Supreme Court. Ms. Collins was the first in her party to voice support; the other Republican who had backed Judge Jackson, Senator Lisa Murkowski of Alaska, has yet to reveal her position.